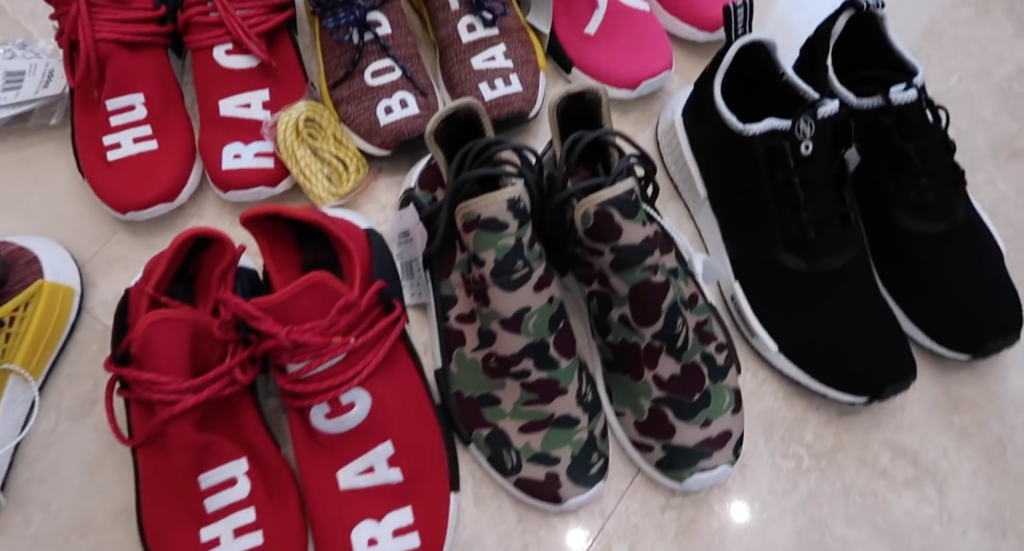 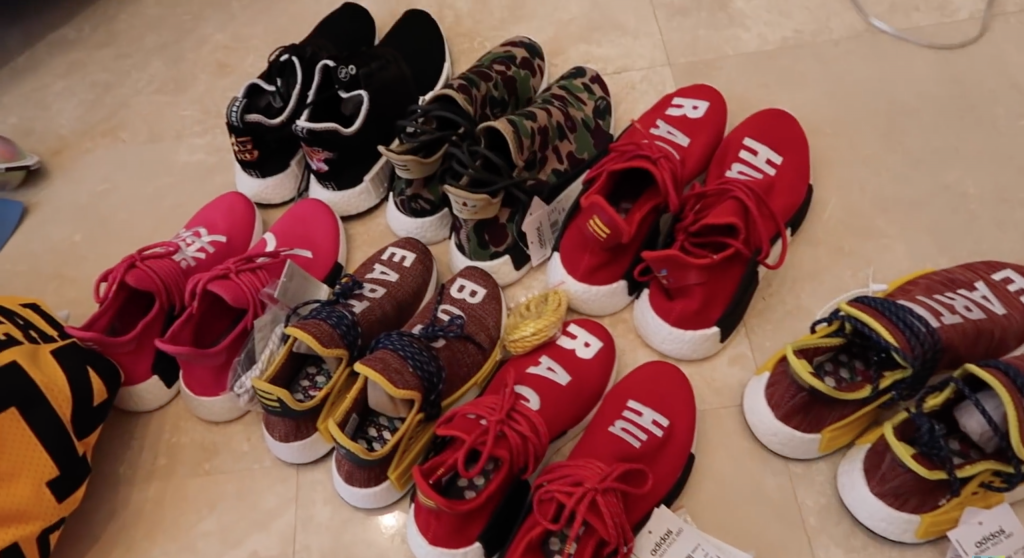 The highly-anticipated adidas NMD collaboration with Invincible and Neighborhood is set to release on December 29.

The shoe had a pre-launch release on November 24, exclusively at Invincible’s store in Taiwan, and is now set to release at adidas Consortium stores around the world.

The tonally black sneaker features an embroidered tiger on its right heel, with the Chinese symbol for “blessing” on its left.

Neighborhood’s skull and pirate logo can be found on the tongue tabs with Invincible branding found on the EVA plugs. 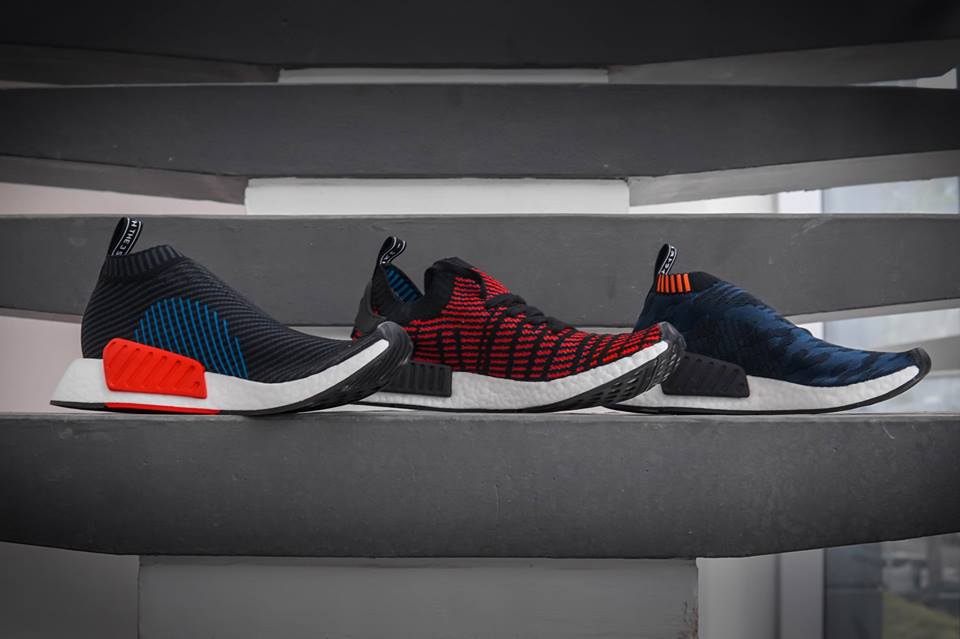 Say what you will about the adidas NMD model, it is still one of the Three Stripes’ most successful silhouettes in recent times.

On December 22, three new colourways will be dropping in Singapore at adidas Originals and Limited Edt.

The shoes will be available 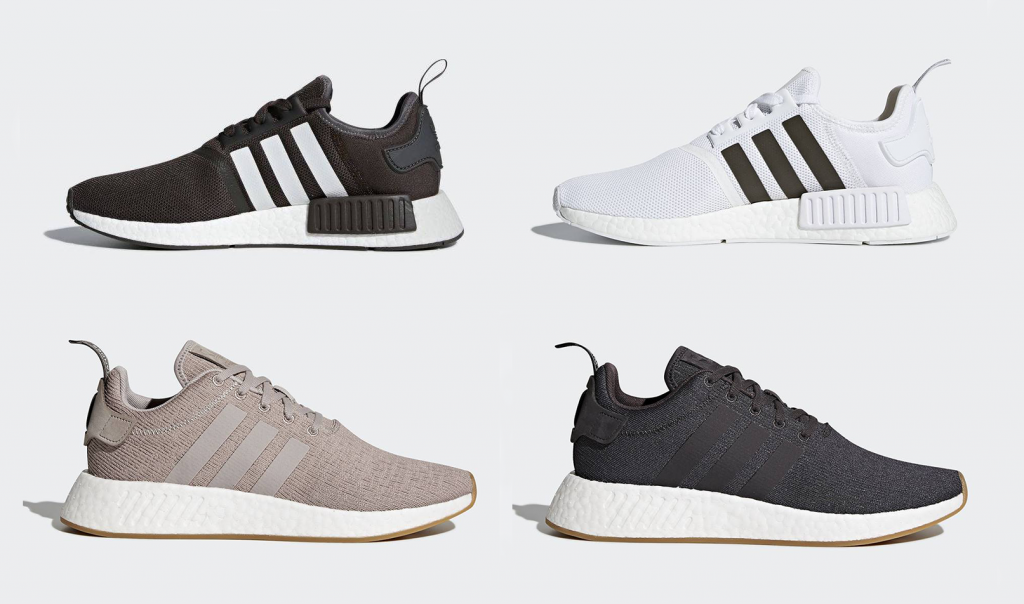 Sure, NMDs may have lost its widespread popularity over the past year or so, but this upcoming pack of colourways may just turn heads again.

The pack consists of two NMD_R1 colourways – one of which is a black/white edition, with one side taking on black stripes while another features whites. An alternative white version has the same alternating stripe colour.

The collection is set to arrive at both adidas Originals and Limited Edt in Singapore. The NMD_R1s will go for S$199 while the NMD_R2 will retail for S$229 each.

For a look at the upcoming pack, check them out below. 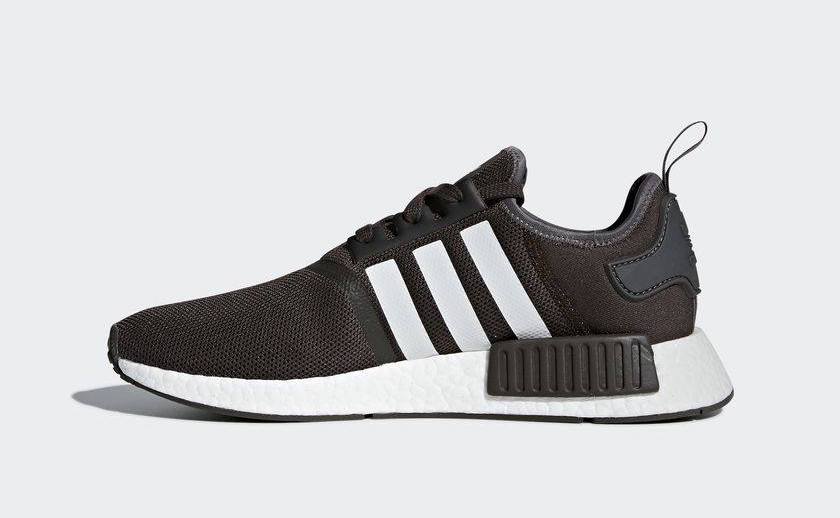 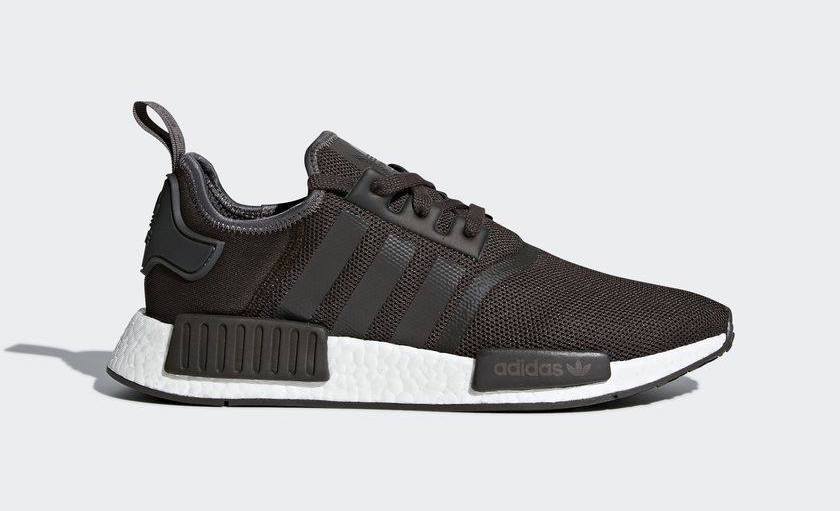 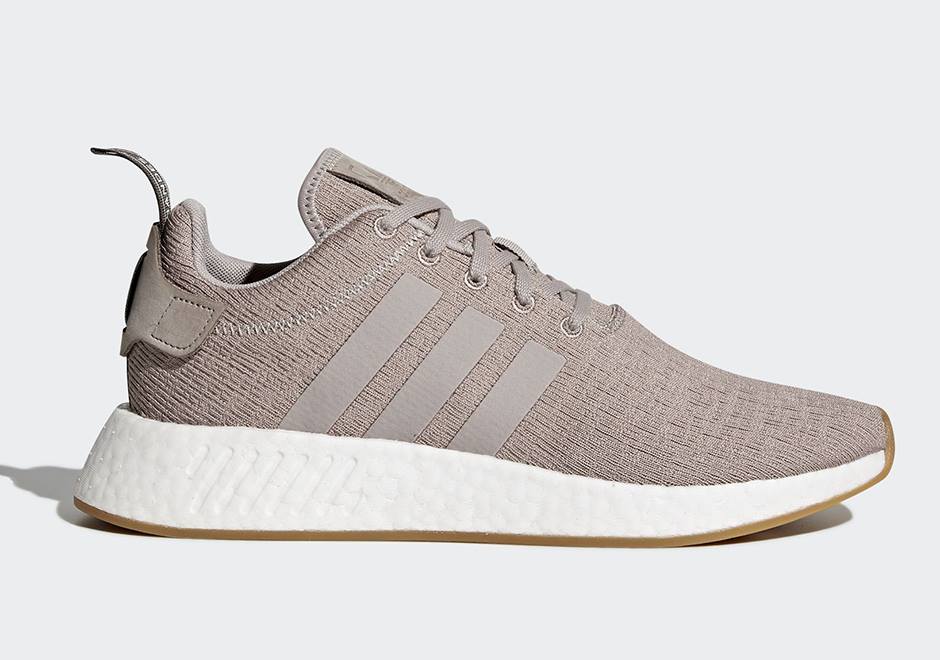 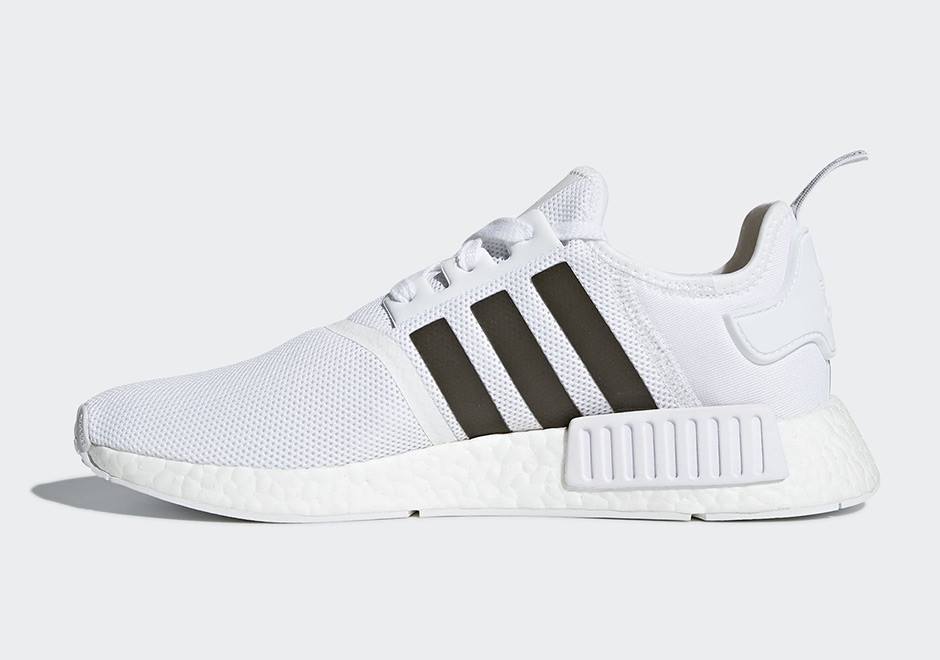 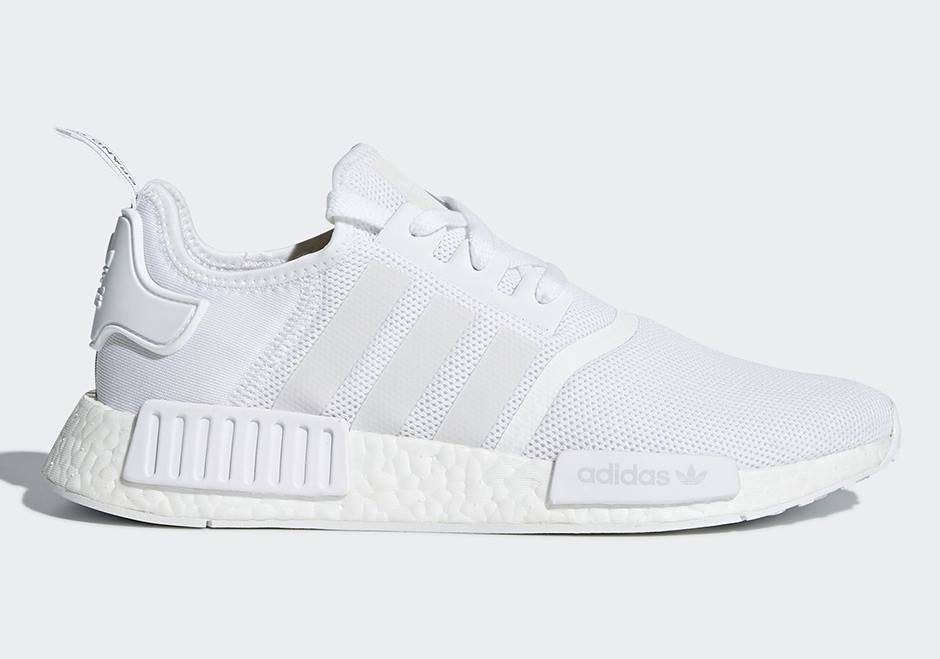 The collaborative sneaker, previously previewed back in August, now has a release date thanks to NEIGHBORHOOD’s official Instagram.

The tonally black sneaker features an embroidered tiger on its right heel, with the Chinese symbol for “blessing” on its left.

NEIGHBORHOOD’s skull and pirate logo can be found on the tongue tabs with INVINCIBLE branding found on the EVA plugs.

The kicks are set have a pre-launch drop on November 24, exclusively at INVICIBLE’s store in Taiwan.

The global release will then take place across adidas Consortium outlets on December 29. 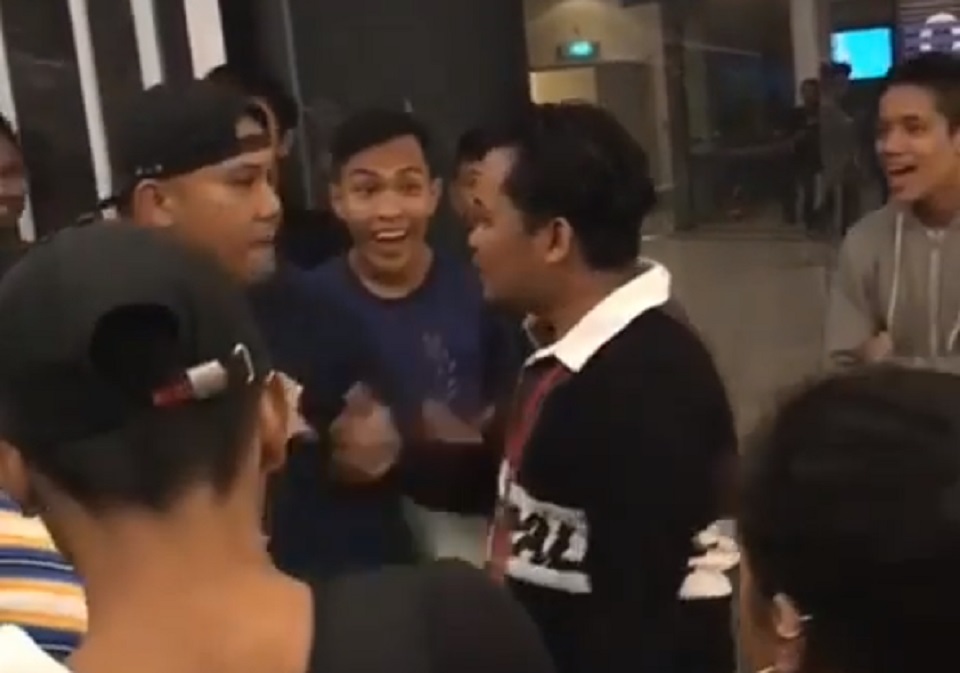 Contrary to Pharrell Williams’ goal in promoting peace and unity via his Human Race sneakers, a man was punched in Malaysia while queueing for the newly-released pair of NMD Trail HU.

The incident is said to have taken place around 6am, where hopefuls gathered to queue for the kicks as adidas had a first-come-first-serve policy for the drop.

However, despite the policy, several individuals took it upon themselves to start an unofficial “name list” to keep track of queuing positions.

A man in a Palace outfit begins to explain that it isn’t common practice by adidas to have a name list, which angered several on the scene including a man in a cap.

The man in the Palace shirt stated he had been waiting outside since 2am, only for the capped man to pull out a book, supposedly containing the name list he spoke about.

The former explained how he’s been queueing up for drops for two years and had never heard of a name list, only for the man in the cap to lose his cool and throw a punch.

You can watch a longer version of the incident below. Updated [Nov 9, 5.30pm]: adidas Singapore has announced that due to overwhelming demand, the queue in-store at adidas Originals Pacific Plaza will begin the day before on November 10 at 7pm.

adidas has confirmed that the highly-anticipated Human Race NMD TR, in collaboration with Pharrell Williams, will be dropping in Singapore on November 11.

All four colourways from the collection will be sold both in-store and online via select retailers including adidas Originals Pacific Plaza.

Queuing at Pacific Plaza will begin at 7pm on November 10, with each customer allowed to purchase 1 pair per transaction. Once all pieces have been accounted for, queuing will end.

If you’re thinking of purchasing the shoes online, they will be available via adidas SG’s online store from 10am. The pairs will retail for S$379.

Besides adidas, Limited Edt will also be stocking the sneakers on the same day. The retailer took to Instagram to tease the arrival, with more details coming this week.

Celebrating the outdoors for this chapter of the @Pharrell story is full of color. Which colorway is your favourite. Stay tuned 11th Nov. Check back FB for details The upcoming release of the Chanel x Pharrell Williams x adidas NMD Hu Trail is going to be quite the cop if you manage to get your hands on them.

Unlike previously suggested, the sneaker is now rumoured to only have one drop and will only have a total of 175 pairs released. 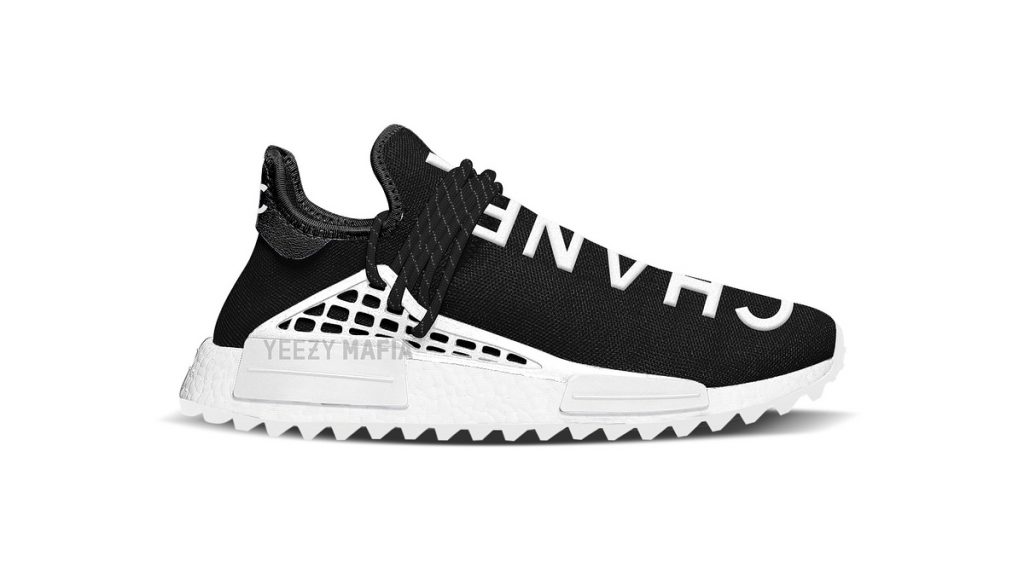 Yeezy Mafia’s mock up of the shoe[/caption]

The drop will be split into two – 100 during Chanel’s takeover at colette in Paris, while the remaining 75 reserved for Chanel’s exclusive VIPs and Friends & Family.

Word on the street is that the pair is already fetching over US$1,000 amongst elite sneakerheads and is expected to increase once they hit sites like StockX and GOAT.

As Chanel takes over the colette store in Paris before the boutique store closes for good, the extremely limited Chanel x Pharrell x adidas Originals NMD Hu finally has a release date.

The sneaker will be arriving at the Parisian store on November 25 and may be available at select retailers as well.

Information is fairly scarce at the moment, and it’s looking unlikely that there’ll be a local release for Southeast Asians.

Of course as always, stay tuned for more updates on 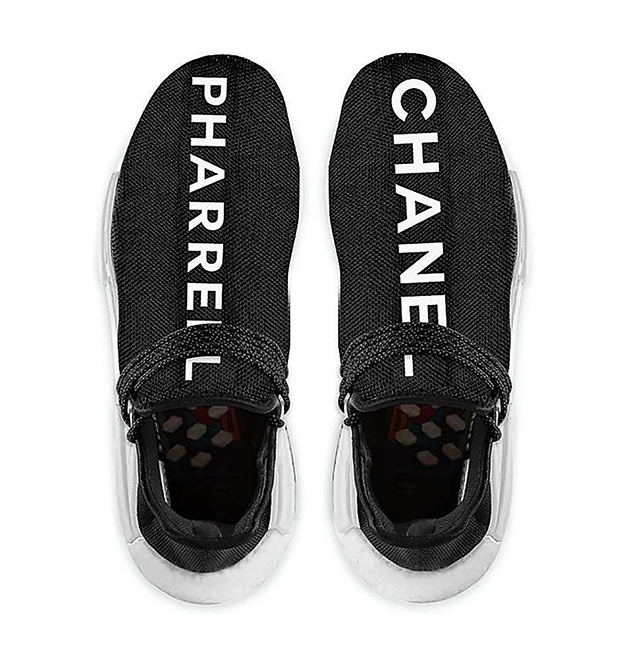 Earlier this month, word got out that a Chanel x Pharrell edition of the adidas Hu NMD was in the works.

While no exact date has been confirmed, we now know that the drop will take place some time between October 30 to November 25.

The drop will coincide with Chanel’s store takeover of Parisian boutique Colette, prior to the latter shutting its doors in December.

For those outside of Paris, there may be a chance that the shoe will be released on Colette’s online store during the takeover, so keep your eyes peeled for any updates.

In the meantime, here’s a reminder what the shoe may look like.