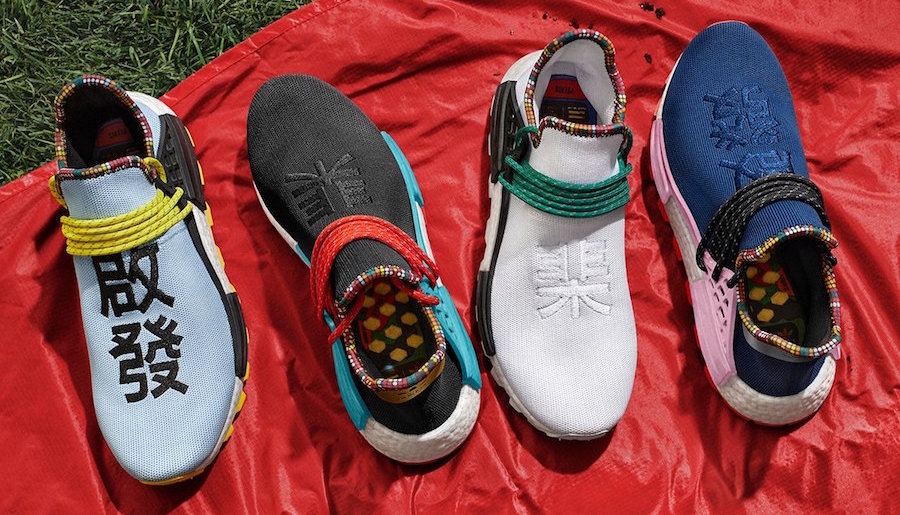 As a follow-up to the “Holi Pack” earlier this month, Pharrell Williams and adidas will be launching three new NMD Hu colourways this August.

Dubbed the “Afro Pack” inspired by African aesthetics, the pack will consist of a “Core Black/Red”, a “Hi-Res Aqua” and a “Light Pink/Bright Blue” edition.

Of course, the news has not yet been confirmed by adidas, so this may still be subject to change as the months go by.