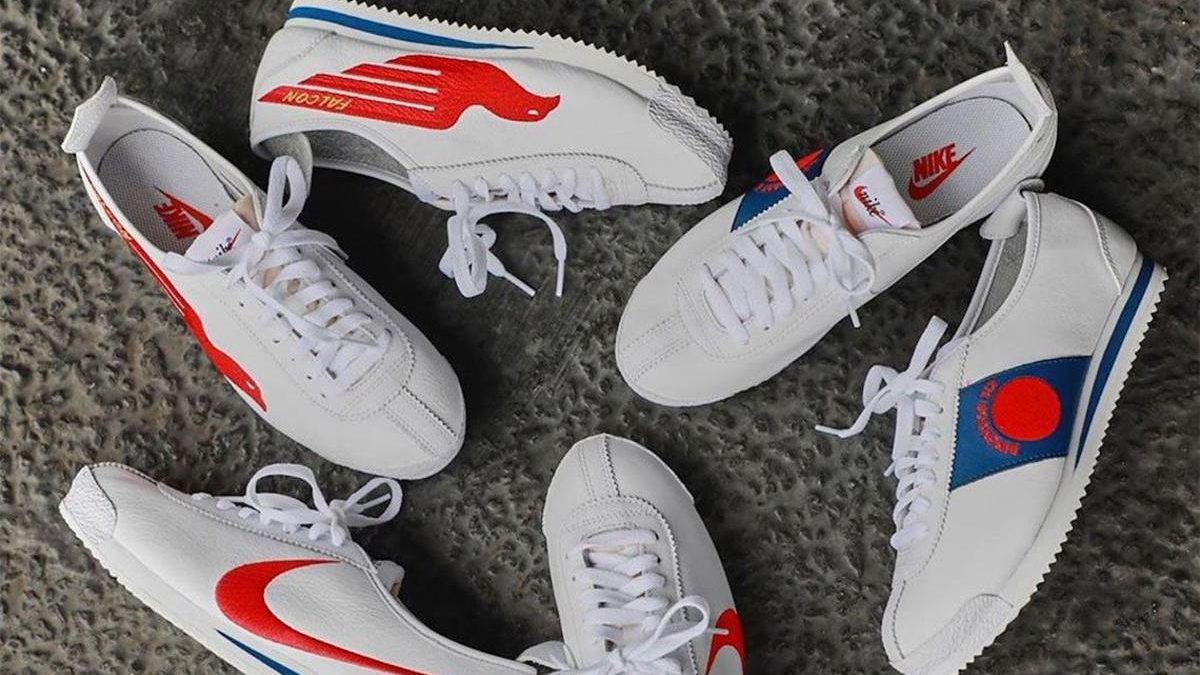 As recounted in his memoirs entitled Shoe Dog, Nike founder Phil Knight spoke about having three designs of the Cortez before he even had a name for the company.

It was the first silhouette that the brand we know now as Nike ever released.

The three design options were known as the Nike, the Falcon and Dimension Six.

For starters, the “Nike” is the closest we have to the final version we have grown familiar with. The longer and slimmer Swoosh was the first iteration of the Swoosh design by Carolyn Davidson, who eventually came up with the Nike logo we know and love.

Another option for Knight was the “Falcon”, which was aimed at representing speed and motion – highly apt for a sports brand that was making running shoes. The design showcased a stitched bird on its lateral side with the words “Falcon” on its top wing.

Interestingly, “Dimension Six” was actually Knight’s preferred choice of name for the brand and the shoe that accompanied its name had a thick blue stripe on its side with a large red circle inside of it.

Limited Edt is also expected to release the shoes at their LE Vault store (313 Somerset) on the same day.