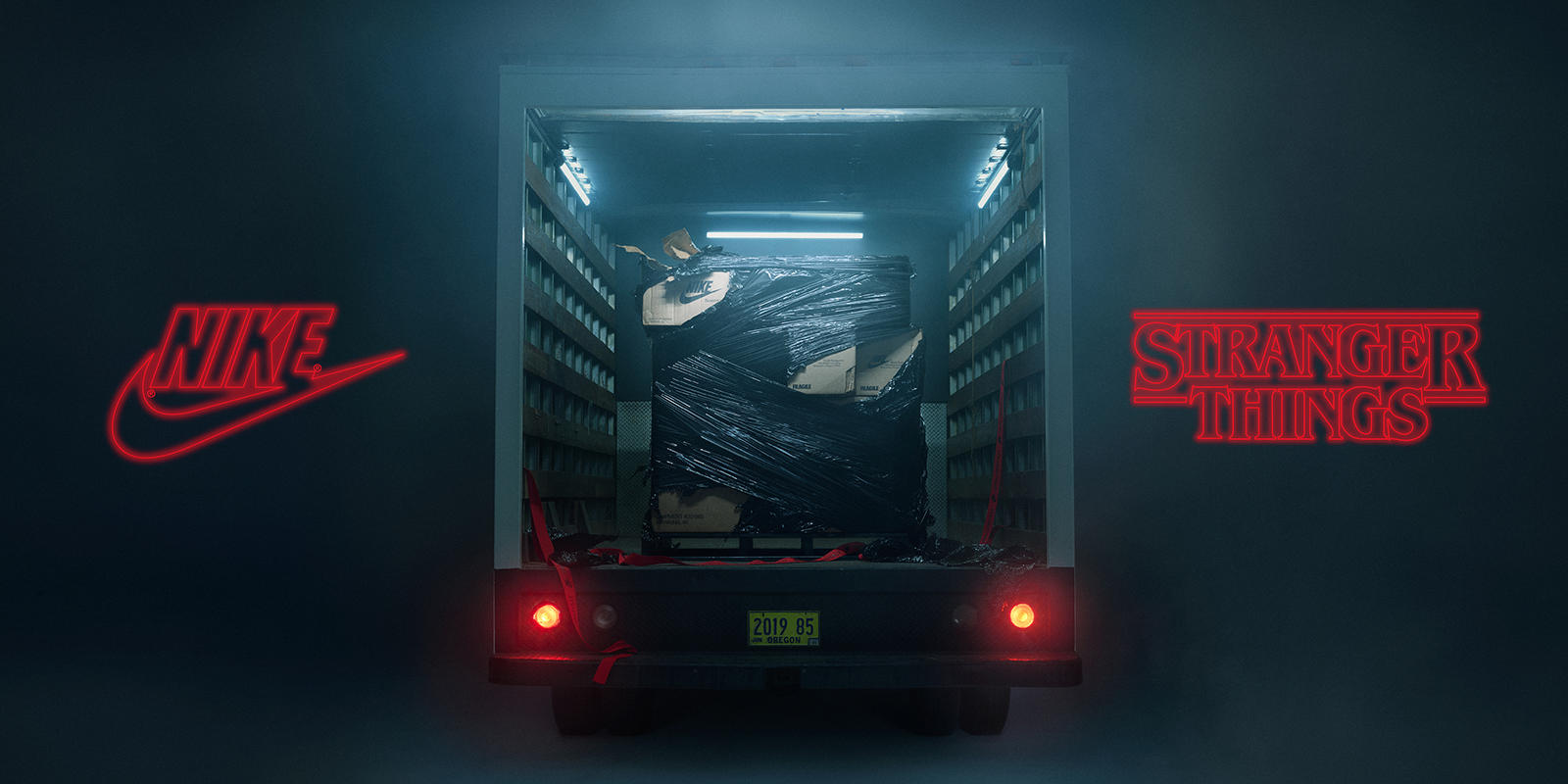 Easily one of the biggest hits produced under the Netflix Originals umbrella, Stranger Things is teaming up with Nike on a range of footwear and apparel, inspired by the 80s – incidentally the setting of the show and arguably Nike’s most formative decade.

While the show’s third season sees its protagonists tackle high school, love and impending danger in the summer of 1985, it was also the same year that the visible Air was taking shape, two years prior to the debut of the Air Max 1 in 1987.

The collection will include the nostalgic silhouettes from Nike’s repertoire of greatest hits such as the Cortez, Blazer and Tailwind.

The collaborative capsule will also include apparel such as t-shirts, caps and hoodies.

The collection will arrive in Singapore via Dover Street Market and Nike.com in two drops.

The first will take place on July 27 featuring footwear and apparel in the Hawkins High’s green and orange colour scheme.

Following that, a second drop on July 1, dubbed the “OG Pack”, will come in classic red, white and blue colours, celebrating the 1985 Independence Day.

Season 3 of Stranger Things will arrive on Netflix on July 4.

For a full look, check out the collection below.