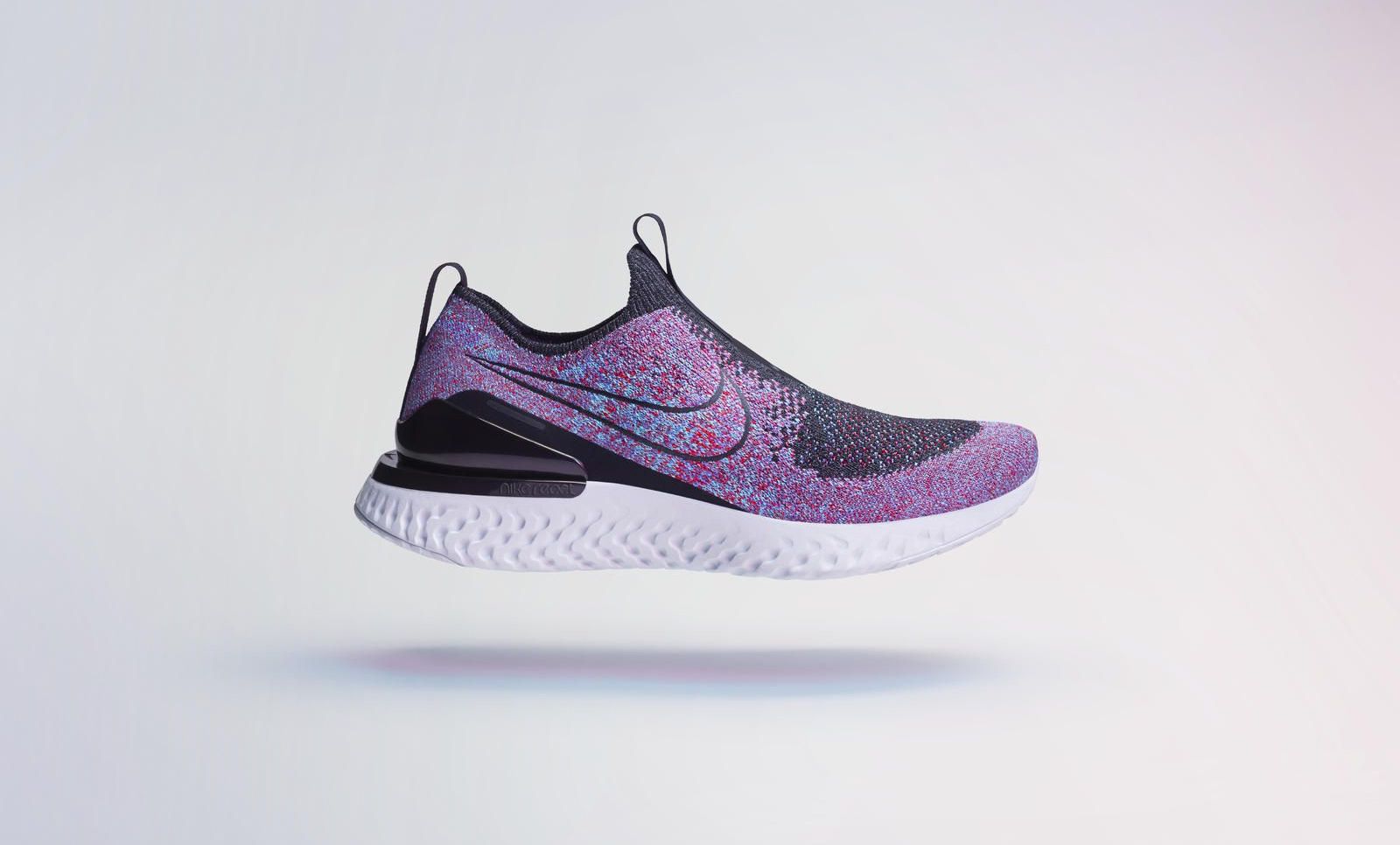 Following the successful launch of the Epic React in 2018, Nike introduced updated editions of the silhouette earlier this year, improving on support and design, and ensuring that runners get the most of every step while looking good at the same time.

Alongside the Epic React Flyknit 2, Nike also debuted a laceless edition called the Epic Phantom React Flyknit. Intrigued, I decided to try out a pair of the latter myself.

Admittingly, I don’t own many laceless runners, so I didn’t know what to expect when the shoes arrived. While I was initially skeptical, my first impressions of the shoes were great. In fact, despite the absence of laces, the shoes had a great fit and their sock-like quality made it feel less bulky and almost like a second skin.

The “laceless-ness” of the shoes was most apparent when I took them for a run. Often times during my usual 2km route, I would find myself having to do up my laces at some point. Double-knots aside, the laceless Epic Phantom React solves that part of my run without compromising on snugness and fit.

That’s not even the best part. As with most marketing material you’d find on the Epic React series, the emphasis is on Nike’s React foam technology and it’s easy to see why.

In designing the React foam, Nike’s chemists spent three years perfecting a sole that could provide the best cushion and energy return while ensuring durability. They looked at heat maps to determine which areas of a sole was used the most during a run and allocated the right amount of foam in the necessary areas. They spoke to runners and learnt that they needed to make a sole that reconciled contradictions – soft but firm, lightweight but durable; essentially, the world.

The result is an astonishingly comfortable run.

The “bounciness” which Nike boasts was a huge plus but what was more interesting was how the shoes seamlessly disappeared from my awareness soon after.

That’s a huge compliment in my book as I am someone who is fairly susceptible to noticing discomforts on my feet. Usually on my runs with other shoes, something somewhere won’t feel quite right, whether it’s a sole that’s slightly too hard, a width that’s a little too narrow or the lack of heel support. The Epic Phantom React Flyknit, however, had no issues whatsoever.

And with a shoe that looks as good as it does, it has blurred the lines of what I wear to work and on my runs.

So if you’re looking for a new pair of kicks that look good from the gym to the streets, while ensuring maximum comfort and durability, you know what to do.

The New Lace-less Nike Free RN 3.0 Is Your New Favourite Minimal Running Shoe
Get 40% Off Nike Products When You Purchase Two Or More Items From The GSS Collection
To Top