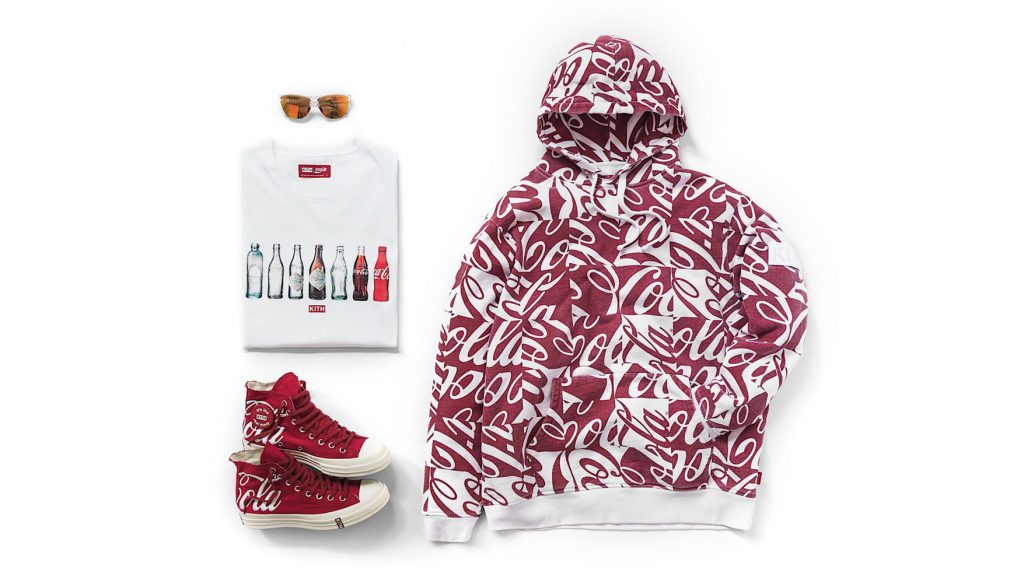 Ronnie Fieg’s KITH and the world’s most popular soda brand is collaborating once again on a capsule collection of apparel and footwear.

The highlight of last year’s collection was easily the Converse 1970 All Star High, which was decked out in off-white uppers and an oversized Coca-Cola logo wrapped around the heel.

Fieg has been posting teasers of the upcoming collection on Instagram, with this year’s capsule showcasing Coke’s global footprint with its logo used in multiple languages.

This is particularly apparent on a pair of yellow Converse high tops with the Coke branding in red, along with an image of multiple jumpers in an assortment of colours.

Fans of the Converse collab will also be pleased to know that a pair in red was also posted, seen alongside a hoodie and tee.

Another highlight piece is a varsity jacket, dubbed the KITH x Coca-Cola “Golden Bear”, which looks like it’ll be a hot piece for those returning to college.

Check out some of the teaser images posted by Ronnie Fieg below.

I walked into the Coke offices in Atlanta a year ago and fell in love with this art piece on their wall. It was 6 or 7 pieces that chopped up the classic logo and even when the logo was scrambled, it was still effortless to make it out. While we were there we also went through the history of the coke contour bottle and got to witness the timeline in person. What an experience, one I’ll never forget. I only work with brands I obsess with and in turn create products I love in hope to give people the same emotional connection I have with my inspirations. Product info coming soon.

The adidas NMD_R1 Primeknit “Green Marble” Now Available in Singapore
Nike.com Is Giving Up To 50% Discount on New Styles
To Top