Nike’s innovative Epic React Flyknit silhouette is set to arrive in a Middle East-inspired colourway and will be one of the most limited pairs of sneakers to be released this year.

The special edition sneaker was designed by Lebanese designer Ali Cha’aban, who is based in Saudi Arabia, who took inspiration from the streets of his home country.

The pre-dominantly white sneaker will feature metallic gold gradients on the midsole, lace eyelets and Swoosh to give the pair a sand effect.

Bold blue detailing in Arabic can also be found embroidered on the front sides of the shoe, giving the shoe an added contrast.

The biggest twist with regards to the release isn’t only that it will be limited to 30 pairs or that it’s limited to Saudi Arabia and UAE residents.

The make them even harder to cop, interested sneakerheads will have to complete two night runs between 6am and 6pm of at least 2km before June 14 while using the Nike+ Run Club app to stand a chance to score the shoes.

Take a closer look at the pair below. 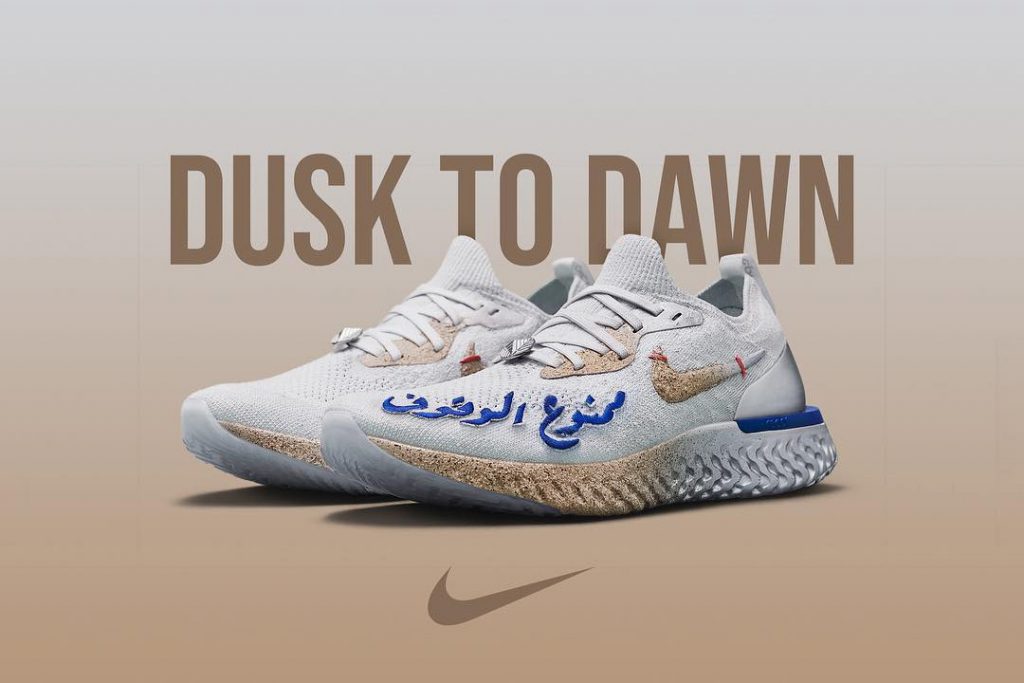 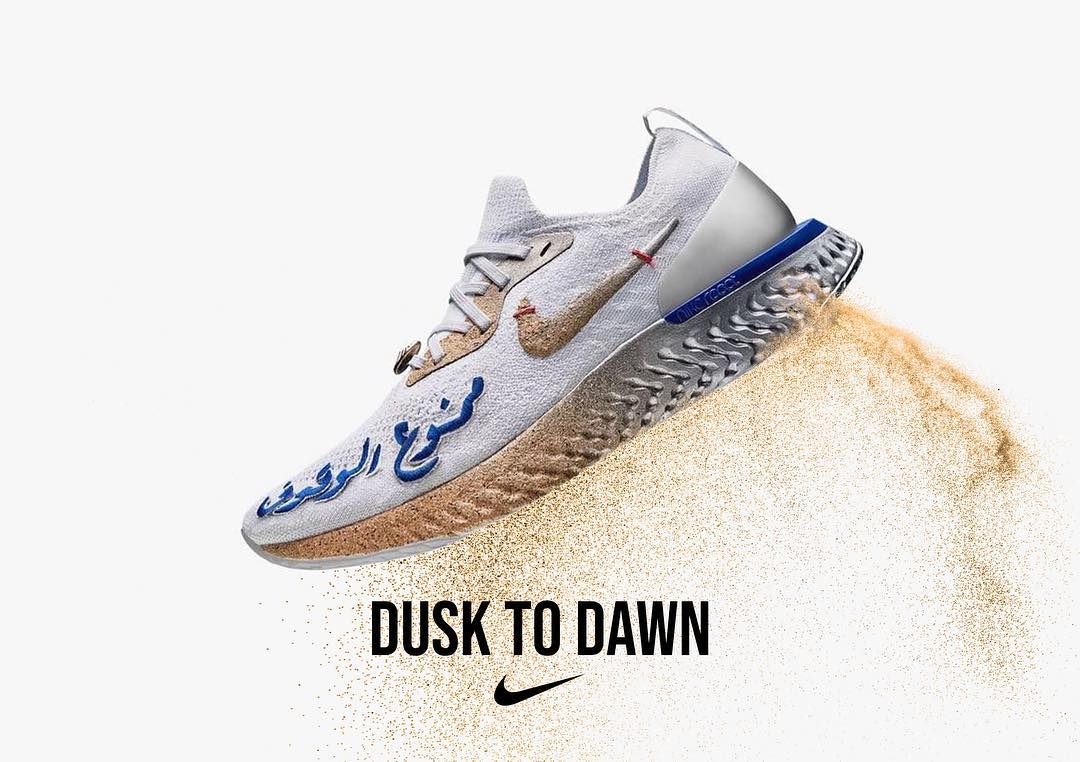