After it was revealed last year that Virgil Abloh’s Off-White was teaming up with IKEA, we finally have a first look at the collection.

While Abloh himself alongside a variety of sources have been posting teases and glimpses of the collaboration, IKEA has set up a preview alongside the release of several official images.

The preview is currently open at IKEA’s Democratic Design Day at its headquarters in Sweden, giving u our best look yet from what to expect.

The exhibition of sorts features homeware and furniture from the collection, including several floor rugs, chairs, shelving units, bedding and more.

However, IKEA announced that the collection is to only due to drop in 2020, without an exact release date. So we’ll still have to wait before we can pimp out our houses in Off-White. 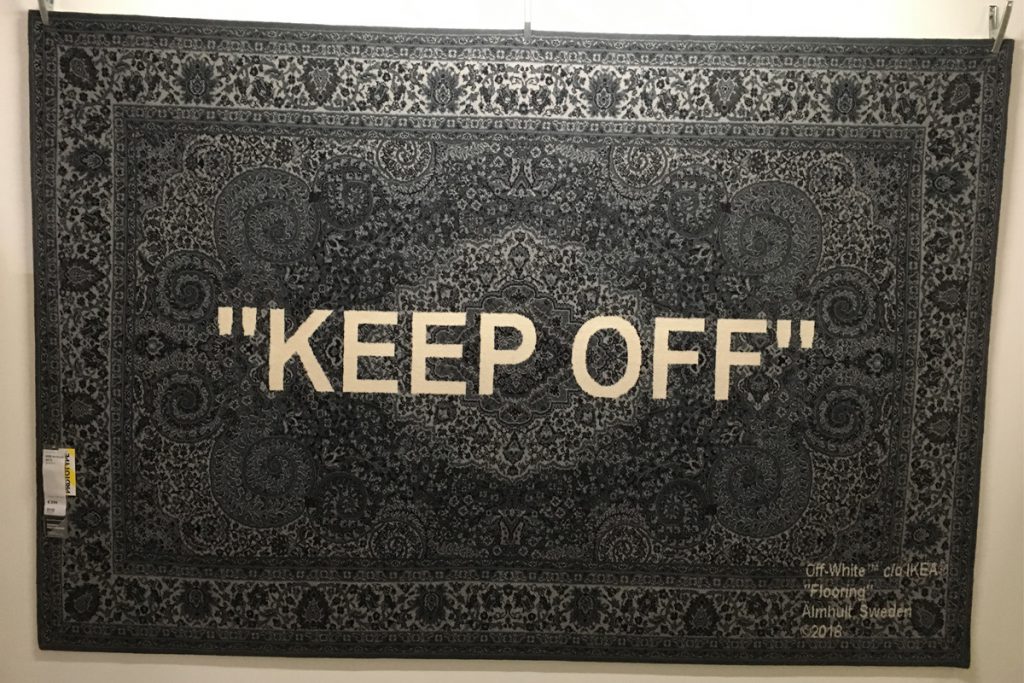