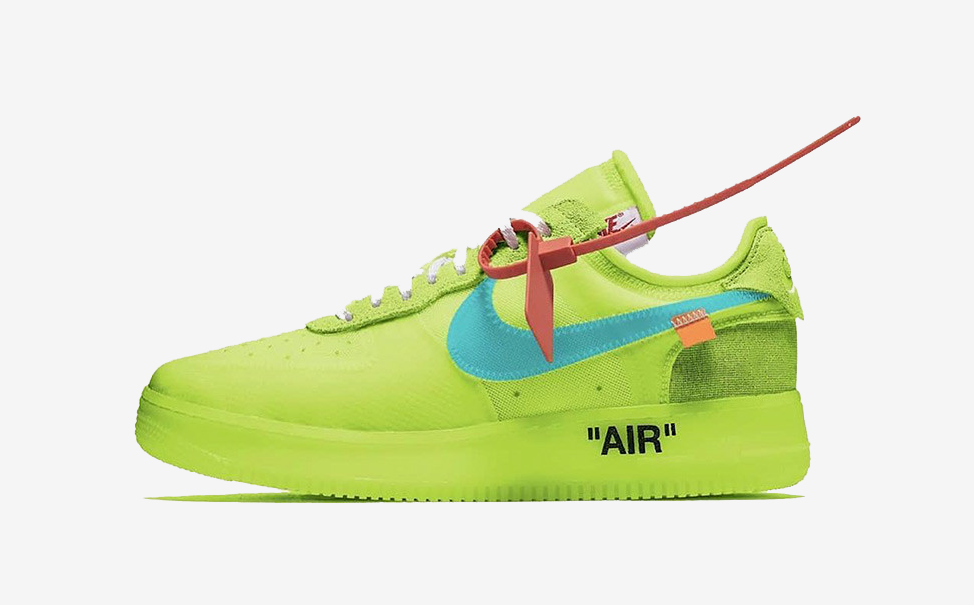 Nike and Off-White’s on-going partnership has been one of, if not, the most talked about sneaker team-ups in recent history, and it ain’t going away anytime soon.

According to insider source @py_rates, nearly ten new pairs are set to drop this year with a majority of them launching towards the end of the year.

Another pair to join the family is an upcoming Off-White x Nike Air Force 1, which is rumoured to be arriving in Volt, a bright yellow-green colour.

Besides the striking colourway, most of the elements around the shoe are largely unchanged from the previous Air Force 1, maintaining its deconstructed look, “AIR” text on its midsole, red zip tie and the lot.

The pair is rumoured to be dropping in October 2018 and will mark a departure from the usual black or white hues that have been featured in the collaboration in the past.