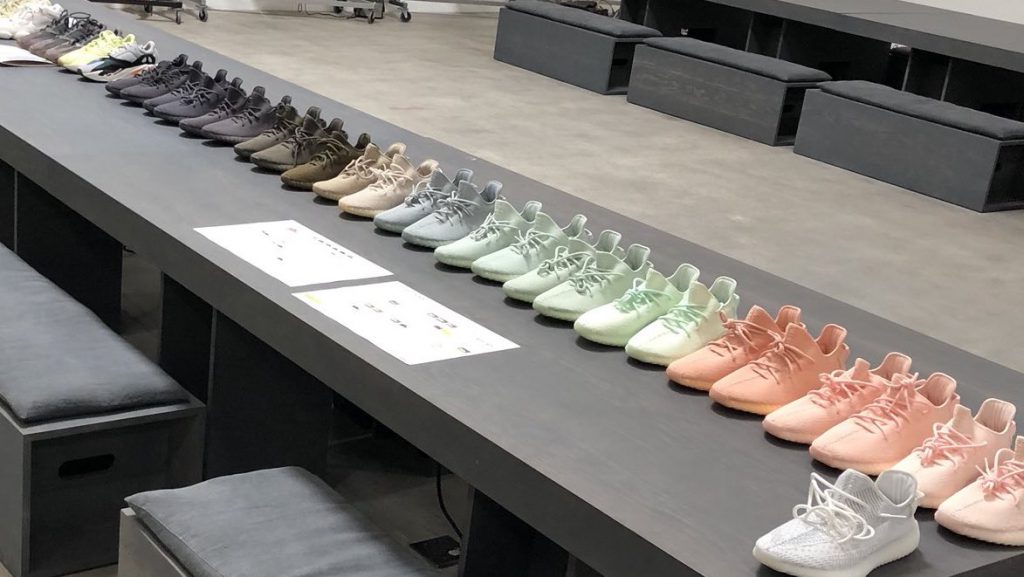 Since his return to Twitter last week, Kanye West has been on the front foot with regular updates and this morning was no exception.

A slight departure from a string of life quotes and nuggets of wisdom, West took to Twitter to share images of never-seen-before YEEZY sneakers including unreleased colourways and even early prototypes of what could have been.

A highlight of the posts is an image showcasing a row of YEEZYs arranged in a spectrum, spanning from the YEEZY BOOST 350 V2, the YEEZY 700 Wave Runner and the YEEZY 500.

It’s particularly interesting to note just how many colourways were made for the 350 V2, arguably the most popular of the silhouettes.

Kanye also revealed that he dabbled and experimented with transparent uppers on the 350 V2, on a colourway that resembled a snake-skin effect.

Additionally, we got a preview of pastel-coloured YEEZY 500s, a basketball shoe prototype, and an early prototype of the YEEZY 451. For a closer look, check out the remaining Tweets below.

In other news, Kanye also revealed that he will be dropping a brand new album on June 1 and a collaborative one with Kid Cudi called Kids See Ghost on June 8.