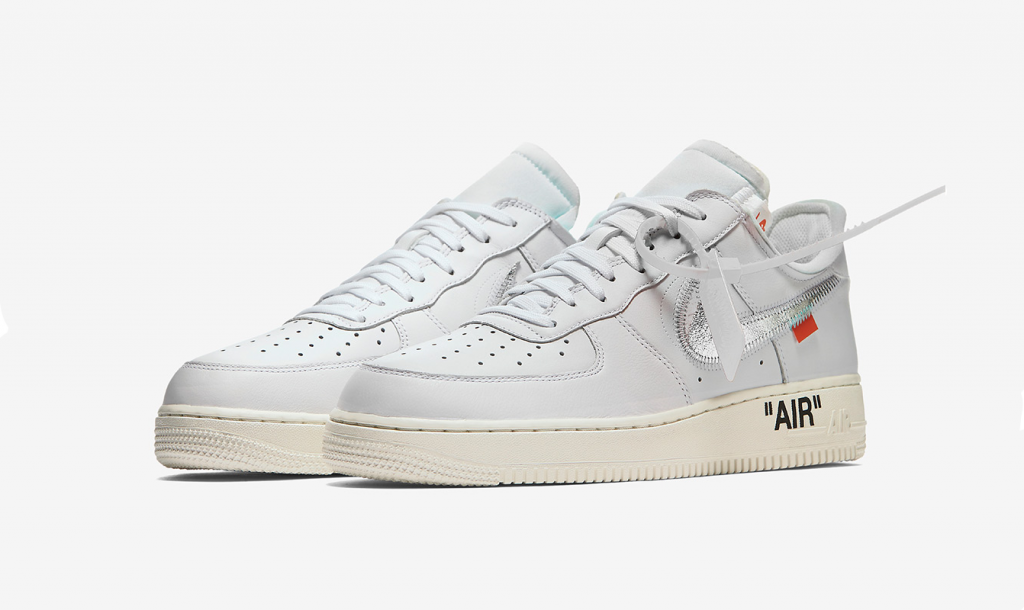 Back in 2017, Off-White and Nike had an exclusive drop of their Air Force 1 collaboration at Complex Con, without any indication of a public release.

Recently, however, official Nike images of the shoe surfaced online, fueling expectations that the pair will get a wider release. While by no means confirmed, official images often point towards a future release.

The upcoming shoe doesn’t stray too far from the classic Air Force 1 silhouette, with subtle flourishes such as glossy tin foil effect on the Swoosh, an orange tab under the branding, a white plastic tag and a light blue inner lining. Not to mention the “AIR” text in black on the midsole for some contrast.

Arguably one of the biggest collaboration in the sneaker world last year, Off-White and Nike will be keen to extend the hype into 2018, with newer models underway.

Over the weekend, the Off-White x Air Jordan 1 appears to have a rumoured drop date of May 2018.

For a closer look at the Off-White x Nike Air Force 1, check it out below. 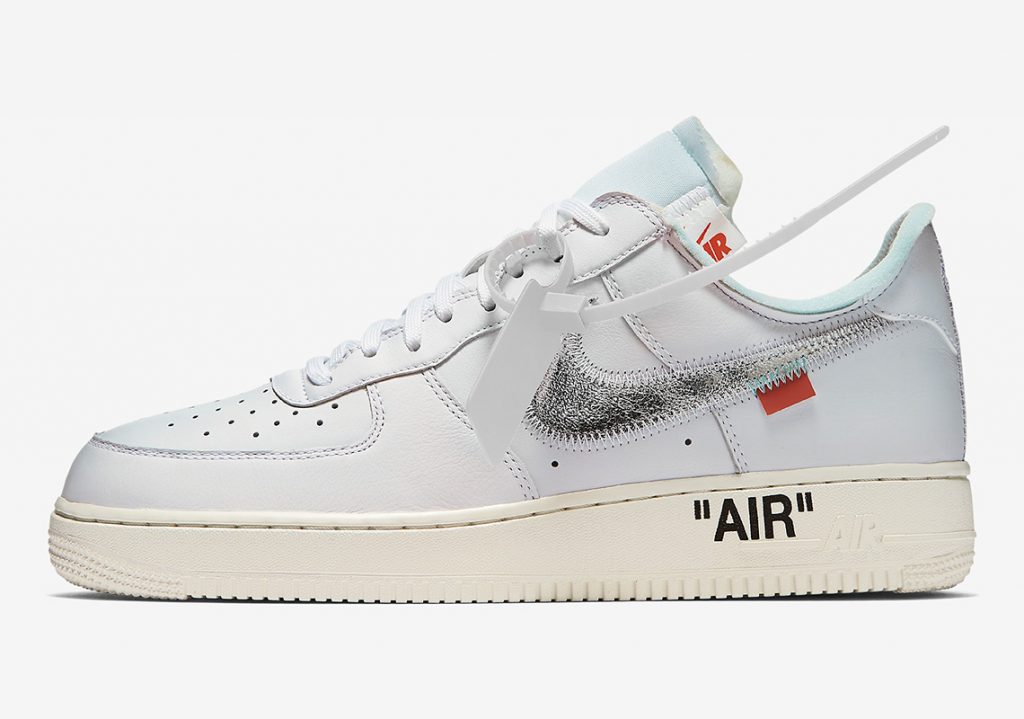 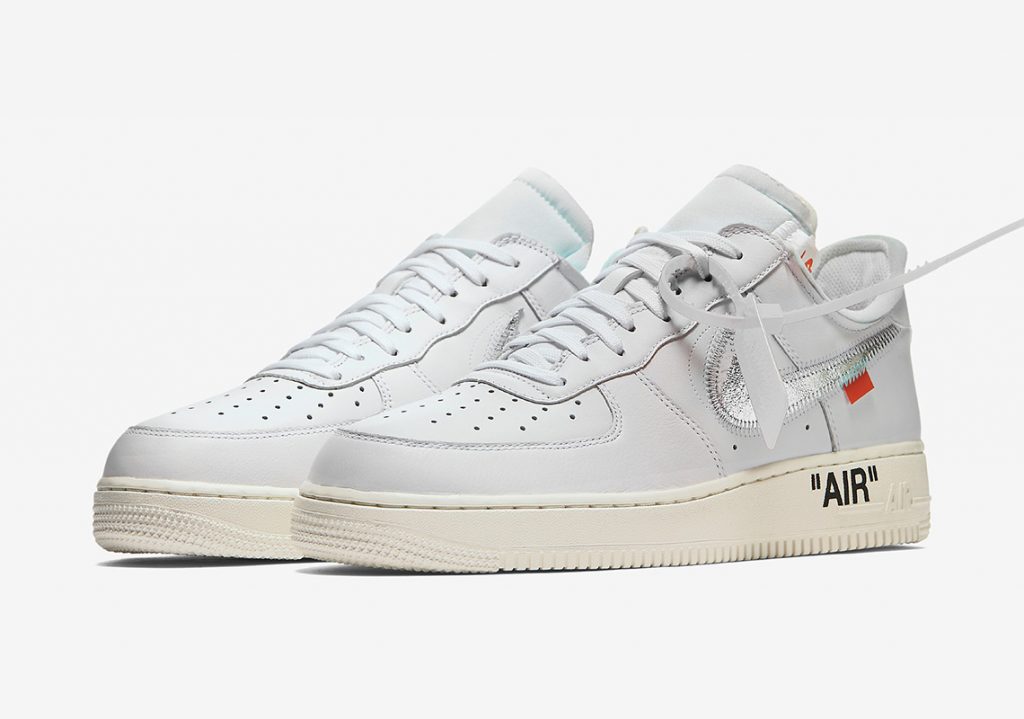 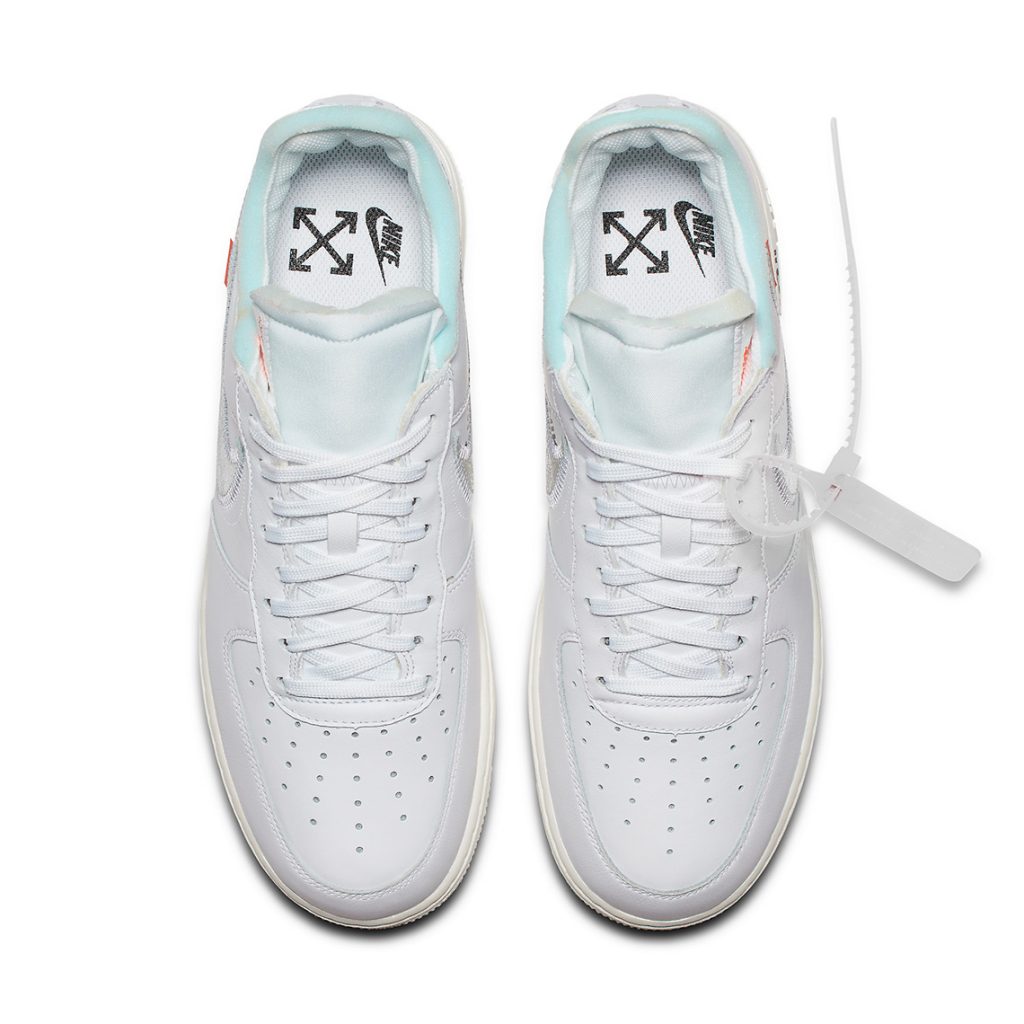