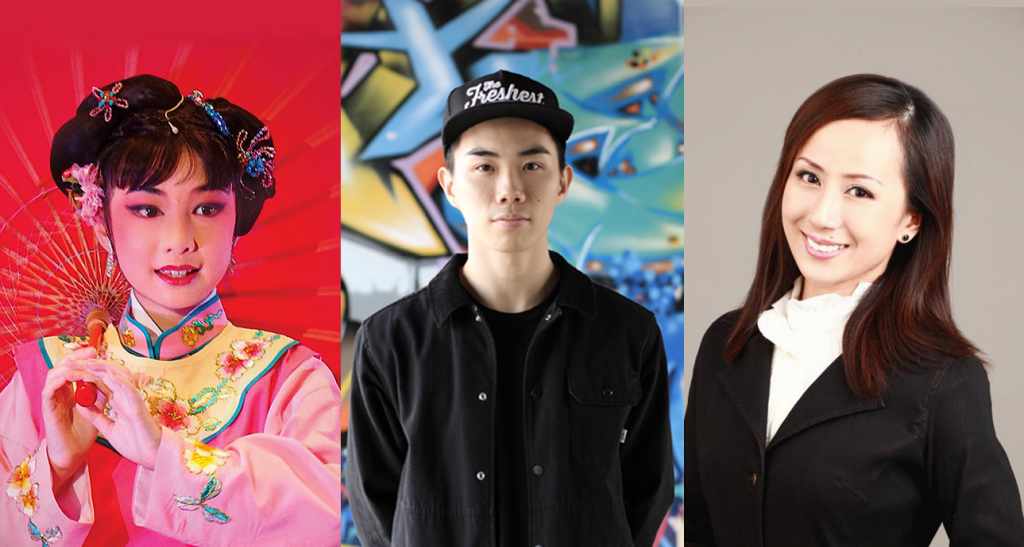 Singapore often gets a bad rep for being “too sanitized” and favouring academic success over culture, which had led to the misconception that our island nation lacks creativity. The now infamous Time Out City Index 2018 survey even found that Singapore ranked 31 out of 32 cities in terms of excitability. This, however, couldn’t be further from the truth.

Just take a look at the Singapore Night Festival and the more recent Light to Night Festival, and you’ll find crowds similar to raves and concerts. In fact, National Gallery Singapore’s exhibition of Yayoi Kusama’s work last year had consistently sold out tickets throughout its three-month run. The same can easily be said for last year’s Singapore International Festival of Arts, with its rich and extensive showcase of theatre, music, dance and visual arts.

A huge push factor has come from the top, as state funding has helped to improve education in the arts for the youth, revamp museums and cultural institutions for locals and tourists to enjoy, and profile local artists on home turf and overseas.

It’s no wonder then that more and more young people are now pursuing their passions in the arts without fear of judgement that one’s success can only be found in more conventional careers like medicine, law and engineering.

Here are three notable local performing artists who are taking the lead in shaping Singapore’s arts scene in their own way. 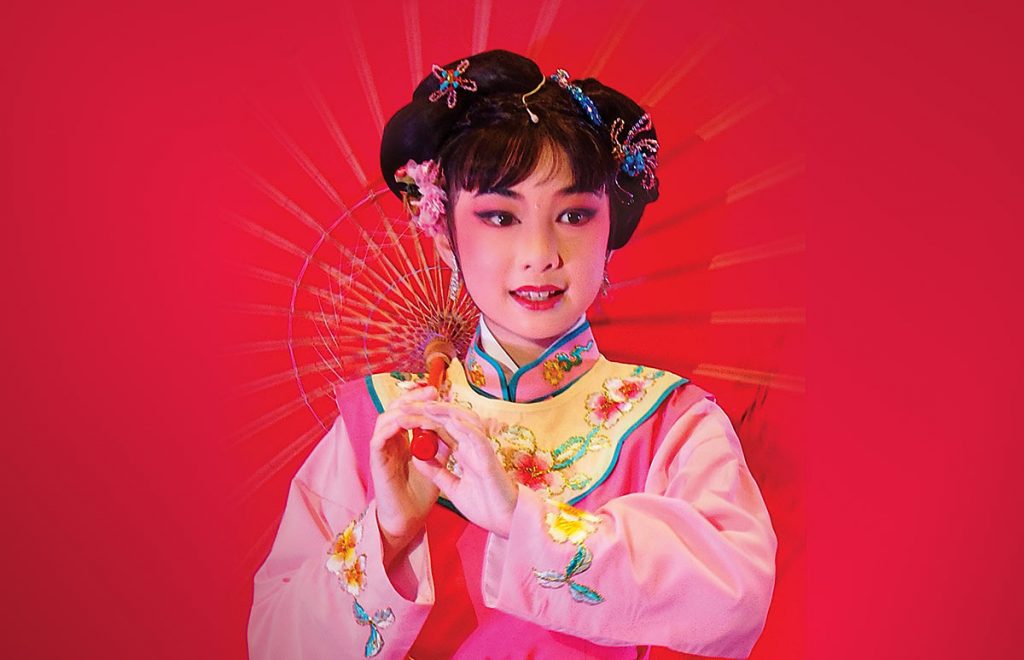 In a time where entertainment comes as easily as opening an app on a smartphone, it’s extremely rare to hear about young people passionately embracing traditional art forms like Traditional Chinese Opera.

Tan Wei Tian, however, isn’t your typical young person. Despite turning 15 this year, Tan is already considered a veteran in the opera despite her young age, having amassed over 10 years of experience and performed over 50 productions in the art form.

Tan’s love for Chinese Opera began at the age of three when she would watch performances with her maternal grandmother and imitate the actions of the opera actors. She would even adorably use her father’s long sleeve shirts as ‘water sleeves’, and her passion for the opera hasn’t stopped since.

“It was the colourful costumes, the intricate hair-do and the unique makeup that attracted and inspired the three-year-old me,” said Tan, describing how she was inspired to pursue her passion in the opera back then.

Now, the duty of continuing the traditional art form in the 21st century spurs her on, particularly when most youths overlook it.

“There is also a sense of responsibility to continue performing this traditional art form as our ancestors worked very hard to keep this tradition alive and we shouldn’t just let it fade away.”

Her journey hasn’t been without challenges though, especially when starting at such a young age. Finding success in opera requires a certain level of skill and the discipline to practise towards perfection and such demands can be taxing and even more so for a student.

It’s also not easy taking up an art form that rarely appeals towards teenagers her age, especially when being socially accepted can heavily affect one’s secondary school life.

“As for my friends, some of them do find me weird for doing something not common among teenagers but most of them are very supportive of my passion for opera and some of them do watch my performances too,” Tan added.

In order to keep her focused on her studies, Tan keeps her training and performances for the school holidays, with the odd exception of a performance or two during the school year.

With her continued hard work, Tan hopes to excel as an opera artist and serve as an inspiration for more young people to be involved in Chinese Opera, to carry on the tradition for years to come. 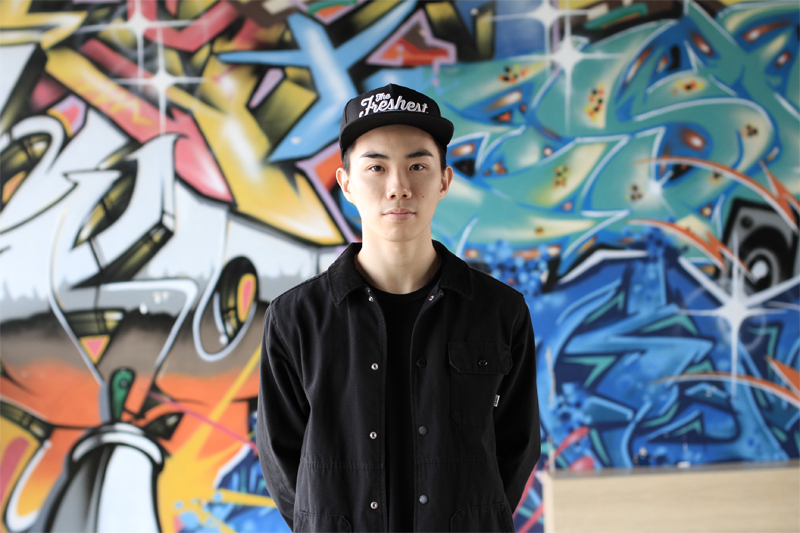 While Wei Tian is able to pursue her art form with the support of her parents, street dancer Lim Kah Sing isn’t quite as fortunate in convincing his parents of his chosen career path.

Lim is a freelance dance artiste in the discipline of ‘Locking’, a style of funk dance that involves a sudden freeze of movement in a certain position. Lim belongs to a group called the Lion City Lockers, which holds community classes for anyone and everyone to pick up the dance style.

His journey began back in Secondary Three when he was encouraged to pick up an activity for the National Youth Achievement Award, and found himself picking up ‘Popping’ as his entry into the dance scene. Half a year later, Lim was introduced to locking and once he was exposed to the funky tunes of James Brown, Kool and the Gang, and Earth, Wind and Fire, the rest was history.

Recently, Lim and the Lion City Lockers were recruited to train the cast of the brand new Toggle: Originals series, Dance with Me, whipping up leads Shane Pow and Kimberly Wang into shape and giving them a crash course to make them look like pros in a short period of time.

“It was a very interesting experience as this is my first time working closely with artistes – let alone a real-life celebrity couple!” shared Lim.

Despite finding success, he admits that the biggest hurdle in his dance journey was to persuade his parents about the sustainability of his chosen career path.

“My parents tend to be a little more conservative, and hence it still takes awhile for me to show them that I am able to make a living out of dancing,” said Lim.

Lim also described how remuneration as a dance instructor or performer isn’t proportionate to the level of work put into the craft, resulting in most dancers taking up odd jobs or full-time day jobs to support their passion for dance.

This struggle, in particular, is remarkably common amongst many young artists today and is highlighted in the early episodes of Dance with Me, whereby the lead protagonist Vanessa (played by Kimberly Wang) has to choose between accepting a promotion in her day job as a curator or pursuing her passion in dance.

“I do look forward to seeing how the general public reacts to the storyline of the series because it does portray the difficulties of juggling a day job versus teaching classes at night; it does portray what is currently reflected in our society,” added Lim.

Understanding such struggles is especially important for both the public as well as aspiring dancers. In sharing his wishes for the future, Lim hopes that there’ll be a greater appreciation for street dance and an environment where Singaporeans can be proud of our local talents.

As for aspiring dancers, Lim urges them to be extremely sure of their chosen paths as the journey isn’t an easy one, but worthwhile if it’s truly their passion. 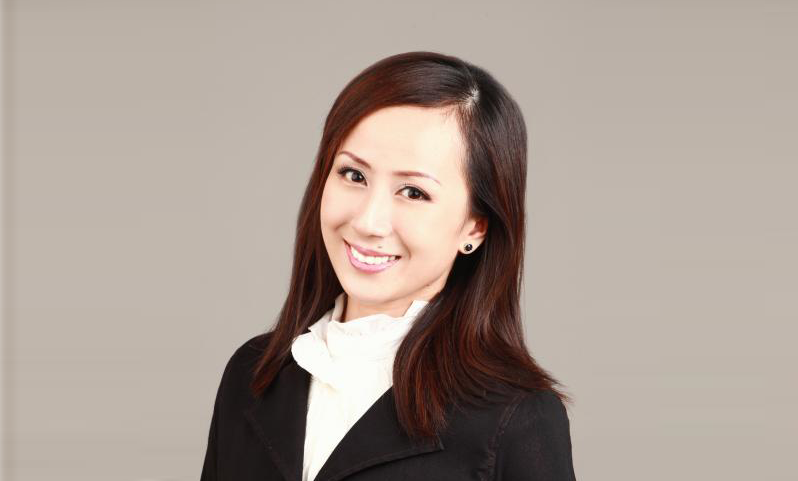 Similar to Wei Tian and Kah Sing, Jenny Neo started her craft at a young age and she hasn’t looked back since. Under the mentorship of her mother, Neo began her training in Chinese Classical and Folk Dance at the tender age of ten.

Since then, grants from the National Arts Council and Singapore Hokkien Huay Kuan Dance Theatre allowed her to train at the Beijing Dance Academy in China before graduating from LASALLE College of the Arts in 2009.

Now, Neo serves as the principal choreographer and dancer at the newly-renamed Singapore Chinese Dance Theatre, earning multiple awards and recognition in the world of dance.

“Dance gives me freedom of mind to create and work,” says Neo as she describes her motivation and what she loves most about dance. She also pays homage to her mother and hopes to follow in her footsteps to push the envelope in reaching more hearts and minds towards the art form.

In her work, Neo’s inspirations come mostly from a combination of her imagination and the attention to detail required to create powerful moments on stage.

“For most productions, I am given a script to work with. Normally, I would try to understand the requirement [of the story] and study the background, the era and the living style of that period,” Neo explained.

“Of course, for a dance drama, we need to create the climax of the show, so I would discuss with the production team what would make a good set and lighting to create that wow scene for the audience.”

Her meticulousness hasn’t gone amiss, evident by her recent involvement in the Dance with Me series. Given her expertise in her craft, Neo was involved in directing several sequences, helping the director to find the best possible angles for shooting the dance scenes. She also highlighted the routine when female lead Vanessa improvised at the National Gallery Singapore as her favourite in the series.

As for the dance and arts scene in Singapore, Neo is proud of the hard work being put in across the genres and disciplines but urges for more support and participation from the public to spur our artists on.

For her personal endeavours, Neo summed up her aspiration in a simple yet profound phrase: “To nurture the passion for arts among our young Singaporeans and promote the appreciation of the unique skills involved.”

Despite her success, Neo remains humble and admits that she is still very much in the learning phase.

Dance with Me is a brand new Toggle: Originals Series set against the backdrop of Singapore’s arts and culture scene. The drama runs for eight episodes, following the lives of a bumbling bank officer Nat (Shane Pow) and a museum curator Vanessa (Kimberly Wang).

All eight episodes are now available on Toggle.

This article is a sponsored post in promotion of “Dance with Me”, a Toggle Originals series.