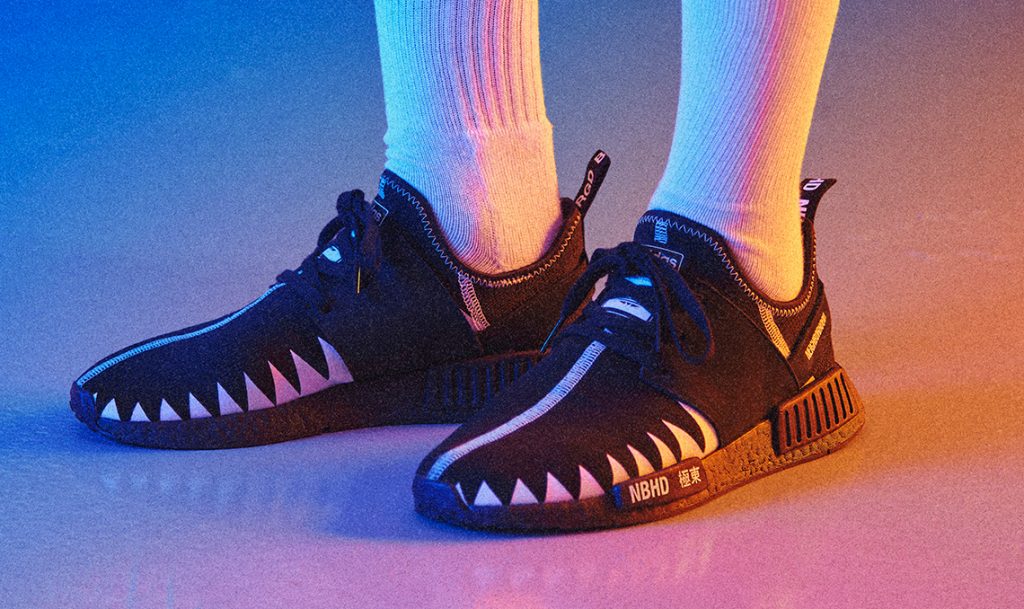 The highly-anticipated collaboration between Neighborhood and adidas is upon us, and retailers have begun to release details of the drop here in Singapore.

There are four ways (that we know of) of copping pieces from the collection here in Singapore, namely from adidas Originals, Limited Edt, Dover Street Market Singapore and Surrender. This story is still updating, so be sure to check in again in by the hour.

The collection includes four pairs of sneakers, including an NMD R1, a Gazelle Super, an I-5923 and a Chop Shop.

Here are the details you need:

adidas Singapore has confirmed that it will be holding an online release of all four pairs on February 24, 2018. The pairs will be available from adidas online store at 10am. Customers will be put in a virtual waiting room and randomly selected to enter the e-shop.

Bear in mind that each customer may only purchase one pair from the collection.

It is unclear still as to whether there’ll be a physical release in-store, so stay tuned for more updates.

Limited Edt has confirmed that its public launch of the upcoming Neigborhood x adidas collection will take place on February 24 on a first-come-first-serve basis.

The drop will happen at LE Vault at 313 Somerset and customers may only purchase one pair of footwear in their own size, as soon as doors open on Saturday (Feb 24).

Unlike the other channels, only three models of the footwear will be available, namely the NMD R1, the Gazelle and the Chop Shop.

Adding on to the good news, DSM also mentioned that there will be free shipping on all purchases from its E-SHOP until February 25, so don’t sleep on this.

adidas Originals by NEIGHBORHOOD collection arrives Saturday 24th February at DSMS and on the DSMS E-SHOP. Apparel will be available in-store at DSMS only. Free shipping on all local DSMS E-SHOP orders till Sunday, 25th February. @adidasoriginals @neighborhood_official

A post shared by Dover Street Market Singapore (@doverstreetmarketsingapore) on Feb 22, 2018 at 7:20am PST

Surrender has also confirmed that it will be releasing the capsule collection on February 24. The release will take place at its 268 Orchard Road store.

Both footwear and apparel will be available at the store, while stocks last. Each customer is entitled only one pair of footwear and one piece per design of apparel.

Continuing their collaborative project, Adidas Originals and NEIGHBORHOOD join forces for a SS18 capsule collection. Launching at #SRD268, 24/02/18. Please note that each customer is entitled to purchase only one pair of shoes and one piece per design for apparel, while stocks last. T&C apply. #AdidasOriginals #Neighborhood #SurrenderStore

This story is still updating, so be sure to refresh later on today for more details.

The Nike Epic React Flyknit is Now Available on Nike.com SG and MY
Pharrell’s Peace-Loving Sneaker Causes Yet Another Fight in Southeast Asia – This Time in Singapore
To Top