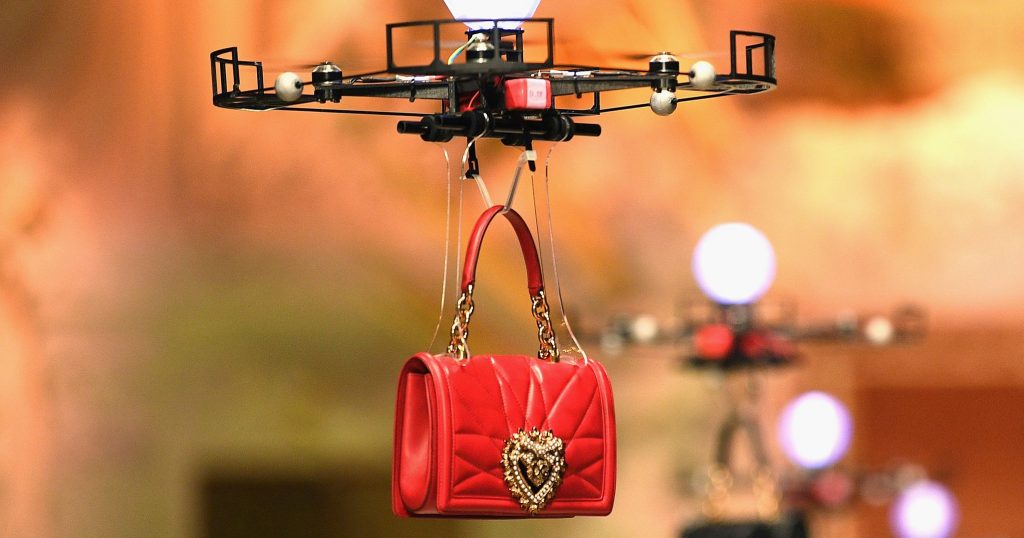 Dolce & Gabbana Replaces Human Models with Drones, Proving That The Future is Unemployment

Many of us are looking forward to the future, with innovations spanning across industries including the sneaker scene with adidas introducing 4D printing when making footwear midsoles. Runway models, however, may be fearing the worst.

We’re exaggerating, of course, but the latest stunt by luxury fashion house Dolce and Gabbana has raised many eyebrows when it replaced human models with drones to present their latest lineup of designer handbags.

According to The Verge, uring the label’s runway show at Milan, seven drones flew down the runway, each carrying a handbag from the house’s Fall/Winter 2018/19 collection.

Human models were involved in the show after the drones were done, but it does spark the discussion as to how innovation may prove certain jobs obselete, even in occupations that seem rather future-proof.

Nevertheless, it is pretty exciting as to see how labels “one-up” each other when it comes to fashion shows in the future, particularly in presenting sneakers.

Time will tell, quite literally.

Dolce & Gabbana Replaces Human Models with Drones, Proving That The Future is Unemployment