When Bruno Mars and The Grammys are mentioned in the same sentence, it’s usually his music that makes the headlines. This time however, it’s the singer’s footwear that caught the attention of most.

Mars and his dancers rocked the Grammy stage with some of Nike’s top pairs from 2017.

The recording artist will be heading over to Singapore and Malaysia later this May, so expect him to rock his sneakers when he hits our shores. 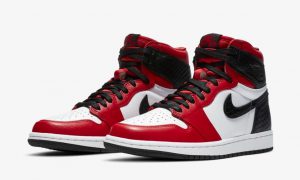