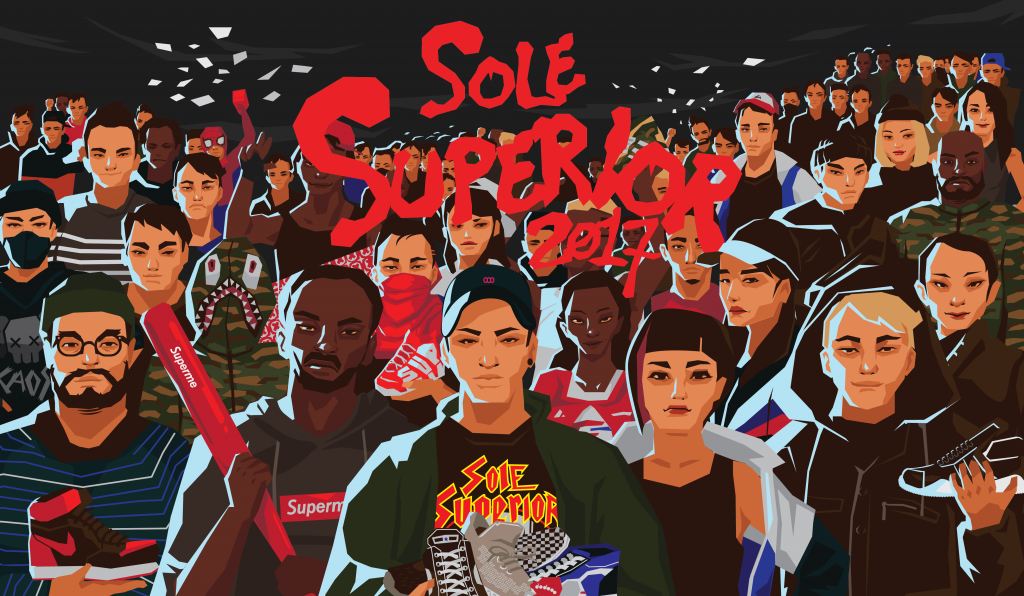 5 Things You Can Look Forward To At Sole Superior 2017

It’s not every day that sneaker and streetwear enthusiasts in Singapore get a chance to assemble in masses, which is exactly why November 25 isn’t any ordinary day.

Sole Superior is returning for its fifth year at the brand new Zouk, Clarke Quay, with a collection of international brands, local retailers, music and giveaways.

If you’ve already bought a ticket or are still in need of some convincing, here are some things you can look forward to this Saturday.

Undoubtably, when most heard about the November 25 event date for Sole Superior, many might have been worried about clashing it with the YEEZY BOOST 350 V2 “Beluga 2.0” drop.

Thankfully, if you haven’t got a plug for the pair, Limited Edt will be running a public ballot during Sole Superior for the highly-anticipated kicks.

As LE clarified, those interested will have to be attendees of the event, so be sure to get your tickets as soon as possible!

What’s more, 10% of the proceeds from the sale of the shoe will be given to Income OrangeAid, a social enterprise by NTUC Income, dedicated towards helping children and youth from disadvantaged circumstances.

Besides the YEEZY drop, LE will have loads of other goodies in store such as the debut of New Era x Sole Superior cap.

Local sneaker and apparel retailer SEEK will be making its Sole Superior debut this Saturday. Besides giving a sneak peak of upcoming adidas and PUMA releases, SEEK will be reintroducing Carhatt Work In Progress to Singapore as its official retailer here.

Attendees of Sole Superior will have first dibs at the Carhatt collection, with every purchase accompanied by complimentary Carhatt goodies

Here’s a preview of what’s to come.

As the exclusive retailer for Champion and Novesta in Singapore, Goodluck Bunch has become a fan favourite when it comes to finding good-looking apparel and footwear at Haji Lane.

This year, Goodluck Bunch has hooked up Sole Superior with Novesta for a hyper-limited pair of sneakers. Only 50 pairs will be available for purchase this Saturday, so be sure to snap them up quick.

Back for their third year, PRAS is returning with a new capsule collection in collaboration with Sole Superior.

The 2017 capsule will consists of a beanie, tote bag and bowling shirt- PLUS a tee shirt, sticker pack and skate deck featuring images of their previous lookbook, modelled by Katepurk and photographed by Ivanho Harlim.

What’s more Katepurk will be on deck at 3pm at Sole Superior to autograph decks and tees purchased.

5) The PLAYBOOK will be there!

Okay, a little shameless self-plug here. We’re extremely grateful to be debuting at Sole Superior this Saturday and we’re excited to give all you sneakerheads and streetwear enthusiasts a good time.

We’ve got some pretty exciting things lined up, including a sneak peak at yet-to-be-released pair of YEEZY BOOST 350 V2 (we’ll let you have a guess as to which one), thanks to our sneaker partners at Kixdreams.

That’s not all, as the exclusive local distributor of Taiwan’s premier streetwear label Imperial Taels, attendees will have a chance to snatch up the latest collection this Saturday before they sell like hot cakes online.

We’ve also got loads of goodies like sticker packs and a specially-designed The PLAYBOOK mascot to grace our backdrop for you to take pictures with. Come by, say ‘hi’ and let us get to know you a little better!

There’s so much to look forward to at Sole Superior 2017 that we couldn’t fit it all into one article, so you’ll have to come and see it for yourself.

Other vendors to look out for include X-Large, renowned plug Randy Galang, Converse, Reebok, Sendoh, No Agenda, Union Studios and so much more.

See you this Saturday!

5 Things You Can Look Forward To At Sole Superior 2017

adidas Philippines Confirms In-store and Online Release of the “Beluga 2.0”
Black Friday Bonus Buys: Sneaker Deals To Look Out For
To Top