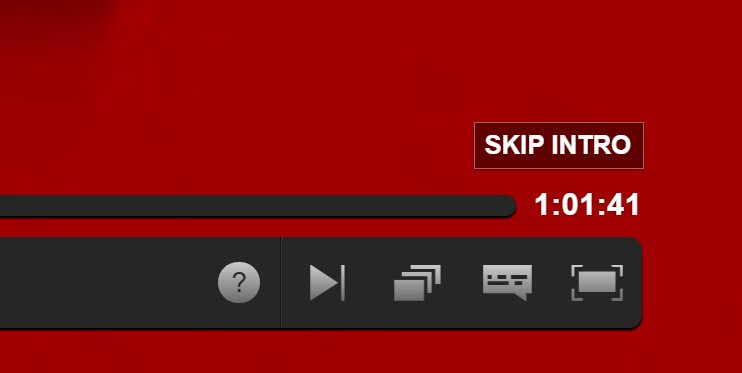 Most Netflix viewers practice the art of binging, which is to watch multiple episodes of television shows all in one sitting, and there is nothing worse than having to go through the same old opening title sequence 13 times throughout that session.

Netflix has heard the cries of many and are currently testing a ‘skip intro’ button to solve all your woes. It even works on shows where the opening titles start after a cold open – an opening scene from when you press play.

While the button is still in testing phase, many viewers have begun spotting the function, with the earliest report of it on Reddit about 22 days ago.

Speaking to CNNMoney, Netflix spokesperson Smita Saran noted that the new function was one of many tests that the company conducts on a yearly basis.

“We’re looking at what does or doesn’t enhance the viewing experience,” Saran said.

Many Netflix users have begun to heap praise on the streaming company for the feature, as seen on Twitter.

@netflix officially has a “skip intro” option. this is pure joy.

THERES A SKIP INTRO FEATURE ON NETFLIX NOW I AM SCREAMING

I love “skip intro” part on Netflix thank you @netflix

Whoever created the "skip intro" button on Netflix is going places

Venom Will Be Getting His Own Standalone Movie, Slated For 2018 Release
CONFIRMED: Beauty & The Beast Will Be Coming To Malaysia After All
To Top