With the upcoming release of Pharrell’s adidas Originals Human Race sneakers, we’ve seen a couple of more conventional colourways including the classic Fairway green and white.

Thanks to the ever-reliable @sneakerprophet_, we now have a sneak peak at a multicolour knit which is said to feature all seven colours of the rainbow. 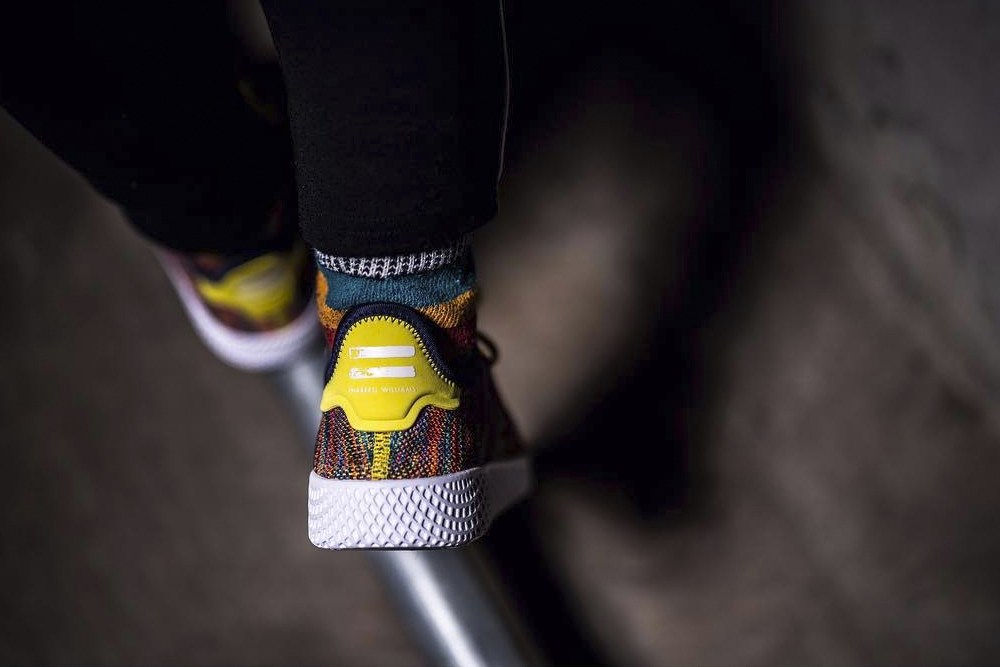 The knit matches well in with contrast to the white diamond-embossed midsole, topped off with dirty yellow laces and heel tabs.

As previously reported, the upcoming Human Race kicks surprisingly won’t feature a traditional Boost midsole. Pharrell’s branding comes in the form of two horizontal lines, as previously featured in his Human Race products in the past. No word yet on release dates, so more information will be released when made available.