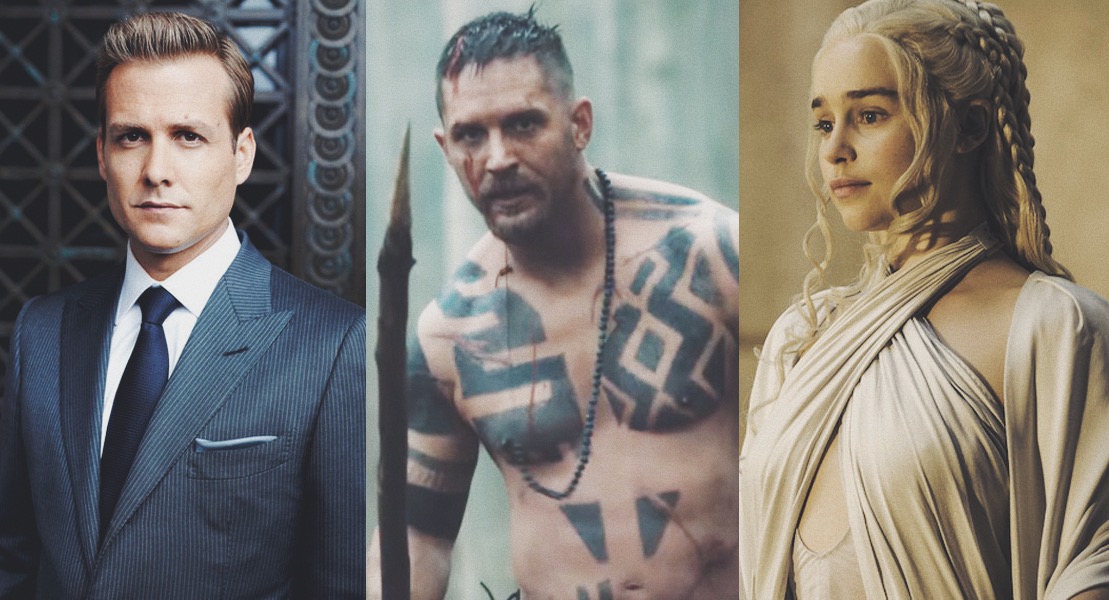 There’s loads to get excited about when we cross over to a new year, but one thing in particular is getting the chance to watch the eagerly-awaited TV shows and series that we’ve been waiting for.

Whether it’s beloved shows returning or a brand new series that caught your attention, we’ve compiled a list of TV shows that we can’t wait to watch this year.

Game of Thrones returns this year in its seventh season with the end nearly in sight. However, while fans have been used to its April premiere, Jon Snow and company will only return to the airwaves in June due to extended filming in the winter months. I think it’s safe to say that winter is coming this summer.

Okay, so we’re slightly late on this one, but there’s still two more episodes to go and who knows if they’ll be any more episodes of our favourite sleuth after this. Sherlock premiered early this year on January 1 and will wrap up by January 15. Due to actors Benedict Cumberbatch and Martin Freeman’s hectic schedules as full-fledge movie stars, fans have come to accept that this may be the final season of the show.

Suits has one of those bizarre season structures that splits up the first half of one season in the mid-year and another for New Year. This January, Mike, Harvey and the whole nine yards return for the second half of season six. Let’s just hope Mike stays out of trouble this time.

Stranger Things was a worldwide phenomenon when it was released on Netflix and was hailed as one of the best shows to come out of 2016. While no announcement has been made yet on its official release date, strong rumours suggest a July 2017 release. Judging by the hype, we’re sure Netflix will be doing all the can not to delay this.

1) A Series of Unfortunate Events

Based on the children’s novel of the same name, Neil Patrick Harris returns to our TV screens as lead character Count Olaf (famously played by Jim Carrey in the film adaptation) in Netflix’s A Series of Unfortunate Events. Early reviews have been largely positive around the show, giving us one more binge-worthy Netflix hit this month.

HBO’s The Young Pope is easily one of the most anticipated shows of 2017. It stars the brooding Jude Law as a fictional Pope, the youngest of all time and American. The show has already been released in Europe (which means it’s already available through other means), and has received massive praise for its characters and particularly Law’s performance as Pope Pius XIII.

Iron Fist is the last of four standalone shows within the Marvel-Netflix agreement before the characters team up in Marvel’s The Defenders. The story follows the journey of Danny Rand, a billionaire Buddhist monk and kung-fu expert who can call upon the power of the Iron Fist. Finn Jones of Game of Thrones fame plays the titular character along with Jessica Henwick and Rosario Dawson.

Daredevil, Jessica Jones, Luke Cage and Iron Fist will team up together to defend New York in an 8-part miniseries called The Defenders. The show will see the return of the four main characters along with Elodie Yung’s Elektra. Sigourney Weaver has also been announced as a villain in the series, although it has yet to be confirmed as to whom exactly.

That’s right! Bill Nye has an upcoming show on Netflix which is all about debunking science myths and non-scientific claims made by politicians, religious leaders or industry leaders. It’s almost like a Mythbusters meets a fact-checker for anything said by leading figures in the world. Nye also ropes the help of several “correspondents” to help him in his quest to ‘save the world’.

Set in the early 1800s and co-created by Tom Hardy himself, Taboo is a British mini-series of an explorer who returns from Africa with stolen diamonds in quest for vengeance after his father’s death. As he returns to claim his father’s estate, all that’s left is a piece of land in North America, one that is vital for trade with China. That makes it highly coveted by the British empire, the East India Company and the United States of America.

If you’re a fan of the X-Men movies, Legion will be a welcomed addition for your viewing pleasure. The series will be the first to tie-in directly to the X-Men movie franchise, and will be based on the Marvel Comics of the same name. In the comics, David Haller is the son of Charles Xavier and a mutant who was diagnosed with schizophrenia when he was a child.

These Are The Top 10 Most Torrented Movies of 2016 – Some Will Surprise You
Golden Globes Roundup: Who Won and Who Made The Most Impact?
To Top