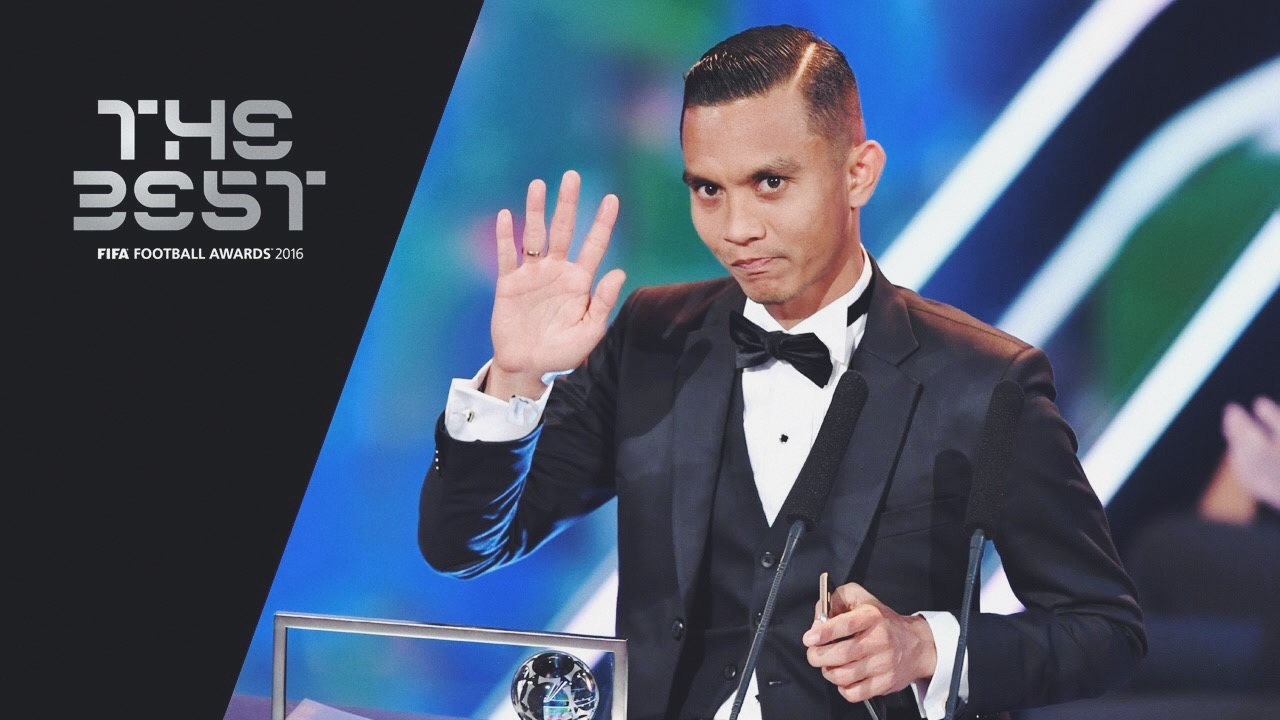 Malaysian footballer Faiz Subri has done his nation proud by winning a major FIFA award for individual achievement. The striker rubbed shoulders with biggest stars of world football at the 2016 FIFA Football Awards in Zurich last night including the likes of Cristiano Ronaldo and Sir Alex Ferguson. Subri on the far right, alongside fellow winners including Best Men’s Player of the Year Cristiano Ronaldo. Image: Getty

The Penang forward was awarded the FIFA Puskas Award for goal of the year, an award previously won by Cristiano Ronaldo, Neymar and Zlatan Ibrahimovic. He is the first Asian to win the prize.

The goal in question came from a free kick against Pahang, 35 metres away from goal, which took an immense swerve before ending up in the net.

“Honestly, it never crossed my mind that I would be able to stand here for the best, world-class goal of 2016,” said Faiz in Bahasa as he accepted his award.

“I would like to thank the Penang Football Association, the Professional Footballers Association Malaysia, FAM, my family, my father, my mother, and everyone who voted for me.”

Subri’s goal went through two rounds of voting before winning the award. In the first round, the goal beat those from footballing stars Lionel Messi and Neymar, before making it to round two.

“That goal is my hard work in training. It is definitely the best goal I have ever scored,” Subri added.

Malaysia’s Deputy Prime Minister Zahid Hamidi took to Twitter to express his pride in Subri’s achievement. “Congratulations Faiz Subri on winning the FIFA PUSKAS Award 2016,” he wrote in a Twitter post. “Thank God, your hard work has paid off and brought glory for Malaysia.”