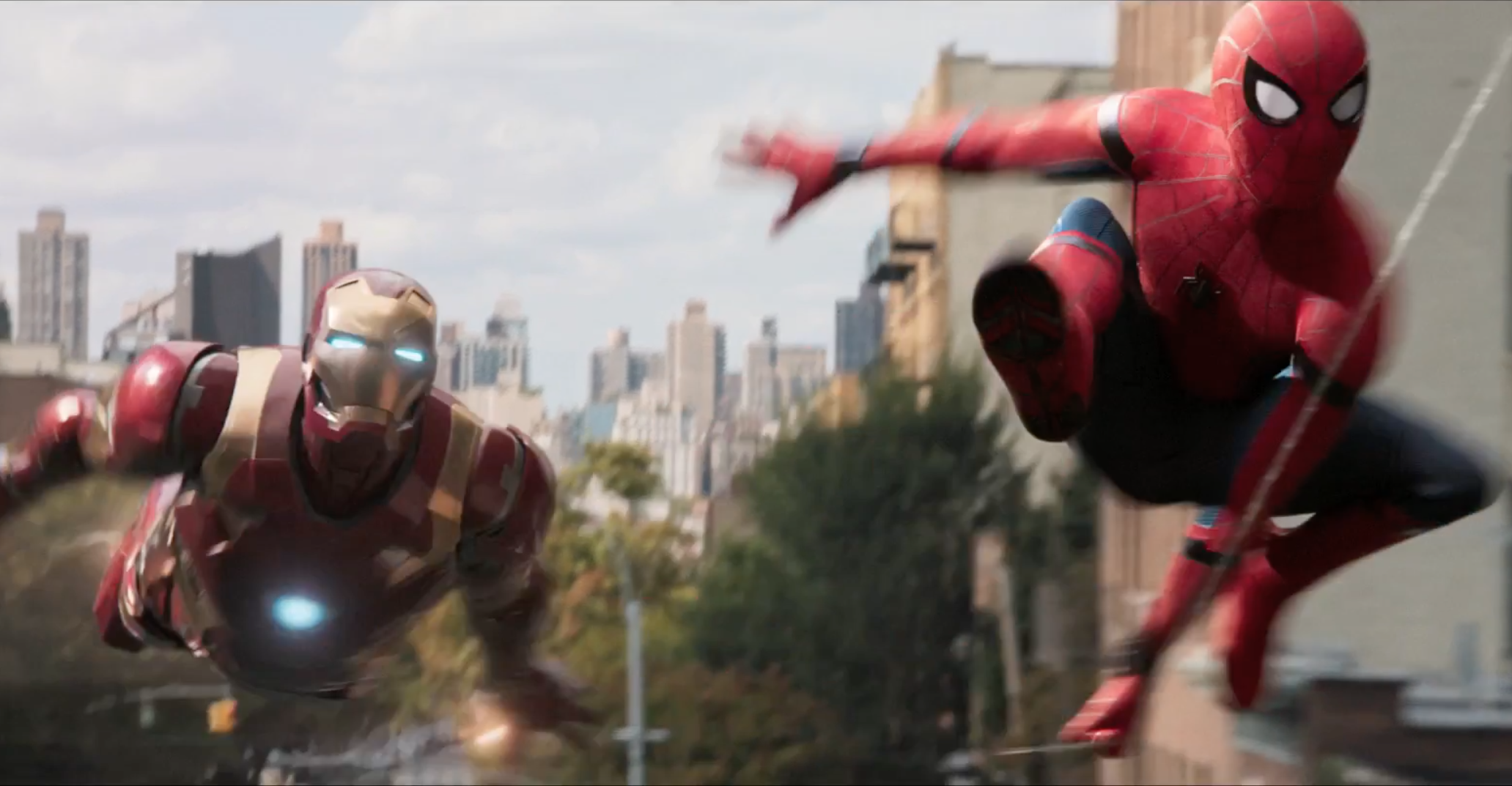 The day has arrived when we finally get to watch the trailer for the eagerly-anticipated Spider-Man: Homecoming film.

Ever since word broke out that Sony and Marvel Studios will be working together to bring Spidey to the Marvel Cinematic Universe, fans have been dying to see some footage from the film.

Here are the best moments from the debut trailer.

Unlike previous iterations of the Spider-Man films, this movie – and its sequels – will be set during Peter’s high school years. In the clip, we get to see Peter talking about what all high school guys talk about: girls.

That’s right! Just like in the early editions of the comics, this Spider-Man will have web wings, and they seem to be pretty functional too. Squirrel glide!

What a shot this is of Spidey and Iron Man swinging and flying through New York. I could watch this all day.

4) The Avengers Appear – Well sort of

Okay so Iron Man is the only Avenger that will be in the film, but early on we get a scene whereby bank robbers are dressed in Avenger masks. It’s fooling no one, especially not Spider-Man, who deals with them as expectedly.

5) Tony and Peter Just Hanging Out

It’s scenes like these that are equally as rewarding as those action sequences between the pair. Watching these two quick-witted ‘genuises’ just casually hanging out is a sight to behold. It’ll also be interesting to see how the dynamics between the two characters will work.

6) Our First Glimpse of Vulture

As many of you already know, Vulture will be the main villain in the movie and we finally get a good look at him. Played by Michael Keaton (who also played Batman), this version of Vulture will have mechanical wings and equipment.

Some of the ladies might be interested to know that we do get a glimpse of Tom Holland’s pectorals in the trailer. For hardcore fans, the scene also gives us an insight into how the suit works, which seems to use a pressure mechanism to stay tight while being worn.

We also get to see Peter with Tony and Happy Hogan at the New Avengers Facility – previously seen in Civil War and Ant-Man. Wonder what happens here – like does he get inducted into the team? We certainly hope so!

Of course, it won’t be a Spider-Man movie if our friendly-neighbourhood web crawler wasn’t risking his life to save the day. The scene shows Spidey trying his hardest to keep a ferry from dismantling after an attack that we can only assume was conducted by Vulture’s goons.

If you haven’t already seen the trailer, what have you been up to? Watch it below!

CONFIRMED: Conor McGregor Will Appear In Game of Thrones
Here’s The First Trailer For The New Fast and The Furious, Whether We Want One or Not
To Top