Google’s Gmail app on iOS has received a much-needed redesign and upgrade.

According to the tech giant, the update is the biggest overhaul of the app in nearly four years, with a fresh new look, quicker transitions and new features.

The app feels more robust and functional than before, with its predecessor looking and feeling more of an adaptation of the Gmail website.

The update was inspired by Inbox, a Google-made email client on iOS which has gained in popularity over the last couple of months for its intuitive user interface and added functionality. One of those functions is the option to ‘Undo Send’, which has been included in the new Gmail app for iOS. After shooting off an email, an “UNDO” option slides from the bottom to give you a momentary opportunity to save yourself from blushes. The refreshed app also lets you quickly archive or delete emails with a quick swipe, while searches has been vastly improved with instant results and spelling suggestions.

Besides Gmail, the Google Calendar app has also been updated with new features. 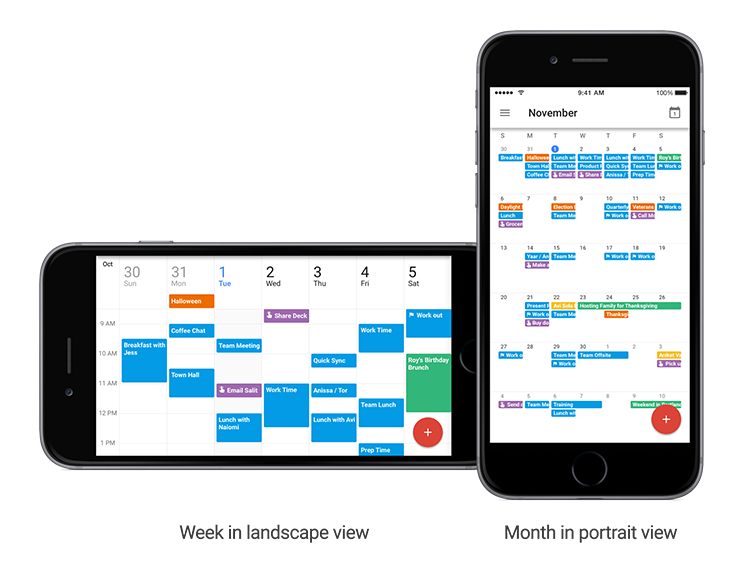 These include a month and week-in-landscape view to provide alternative ways to view of your schedule.

The app also integrates with the iPhone’s Spotlight search function, allowing you to search for events, reminders and goals on Spotlight.

Marvel’s Avengers S.T.A.T.I.O.N. Exhibition Opens in Singapore This Weekend!
Marvel’s Inhumans Movie Will Now Be A TV Show, To Be Shown in IMAX Theatres
To Top