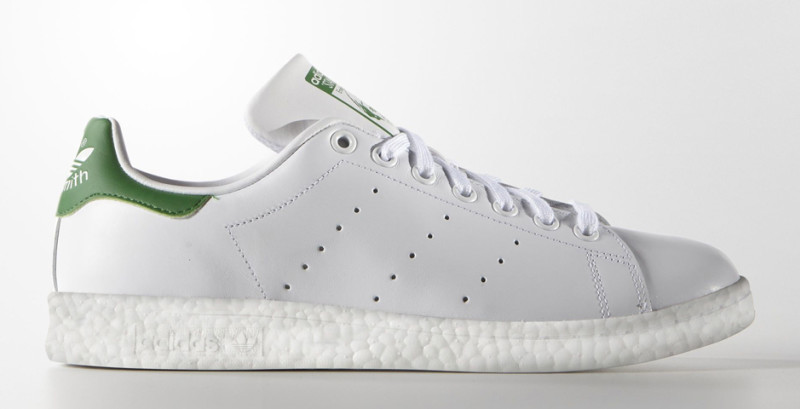 If you’re a fan of the iconic adidas Stan Smith and their proprietary Boost technology, you’ll probably be looking forward to February 2017.

The Stan Smith sneaker has achieved a resurgence only matched by Liverpool’s comeback in Istanbul in 2005. Since then, adidas has released an endless array of versions, from its countless colourways, to the addition of Primeknit and the recent Y-3 Stan Zip.

It was only a matter of time until they found a way to include its highly popular Boost sole onto the Stan Smith and we’re expecting this to sell like hot cakes.

The image above is only a rendering of the Stan Smith Boost and not the actual product, but we’re not expecting to look too dissimilar.

In addition to the Stan Smith Boost, adidas will also be adding its cushion sole onto its Superstar sneaker.

The Stan Smith Boost is expected to retail for US$120.