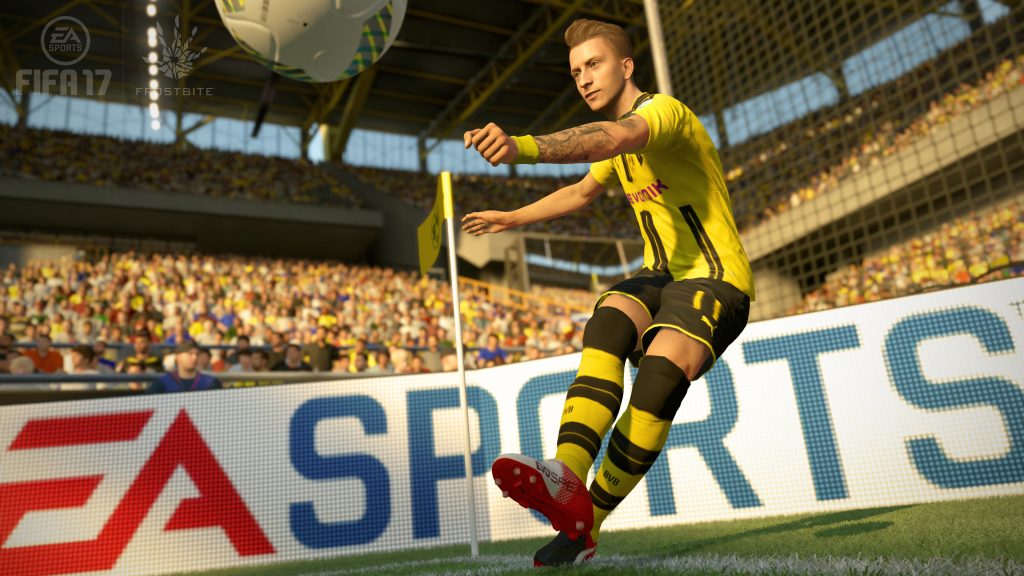 With FIFA 17 coming out in just over a month, EA Sports has been going full throttle on the game’s marketing, from unveiling features and recently dropping a brand new trailer.

While similar to trailers in the past, there’s something about this one that has my inner 7-year-old screaming for September 27 to arrive as soon as it can.

Perhaps its the addition of the Frostbite engine, known for powering the Battlefield games, which has added more lifelikeness to these idols we know and love.

Or maybe it’s the way iconic players and managers were behaving in-game, just as they do in real life.

In hope that it’s the latter, here are some of the highlights from the latest FIFA 17 trailer.

Who doesn’t love Pogba? His charisma shines through his style, personality and the plethora of adidas commercials he’s been involved in lately. This charisma is epitomised by his signature dab, clearly seen in moment’s flash early in the trailer.

Love it or hate it, Messi’s newly bleached hair is here to stay throughout your FIFA 17 career. While his resemblance looks slightly off in the trailer (he looks like the love child of Sergio Ramos and snowboarder Shaun White), there’s no mistaking Messi and his blonde mane. Still, could be worse… looking at you Brazilian Ronaldo.

If there’s any chance in hell that a Manchester United fan would ever consider going easy on Liverpool, it would be because of Klopp. The man reeks the kind of warmth that is only associated with a hot shower during winter, a Mother’s hug on a bad day or your favourite Beatles song.

What a year it’s been for Antoine Griezmann. Despite the blow of losing in the EURO 2016 finals, finishing the tournament as top scorer is no easy feat. Two of those goals came against Germany where Griezmann showed off his dance moves, paying homage to Drake’s Hotline Bling.

Last season’s top scorer in the Premier League is a clinical finisher but is also known to have an outburst or two during games. Glad to see the fine folks at EA Sports didn’t let it slide.