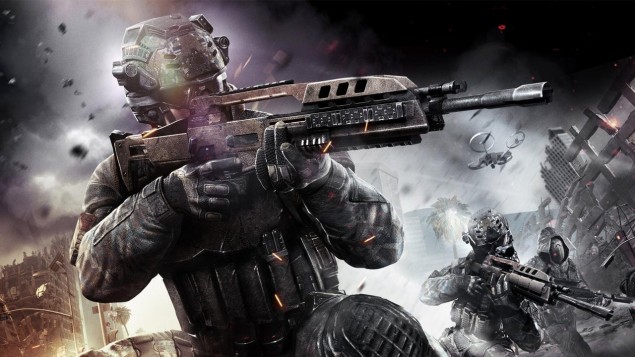 REVEALED: Next Call of Duty is Called Infinite Warfare

Activision’s Call of Duty games have become a global household name and is played by both serious and recreational gamers alike. While not without its criticism, the Call of Duty franchise has grown to become one of the most valued gaming brands out there today.

Hence, it’s no wonder that there has been a lot of speculation regarding the title and direction of the next Call of Duty instalment. It has been rumoured for several weeks now that the next addition to the franchise would be called Infinite Warfare, a logical progression from the Modern to Advanced Warfare titling. Well, it looks like that name is going to stick as promotional material for the game has been leaked online, confirming not only the title of the game but also the bundle that comes with it.

As shown above, the game will be released in November. What’s gotten the Internet buzzing however is the Legacy Edition bundle which includes the Remastered version of Modern Warfare, arguably the most loved game in the franchise.

Activision also released a cryptic teaser trailer for the game on the official Call of Duty YouTube channel entitled Know Your Enemy.

The skull motif heavily featured in the video can also be seen on Call of Duty’s official Instagram page.

All we need now is the official announcement to be made and we can all rest easy.

REVEALED: Next Call of Duty is Called Infinite Warfare

New Battlefield To Be Revealed May 6
Here’s The First Trailer For The Assassin’s Creed Movie!
To Top