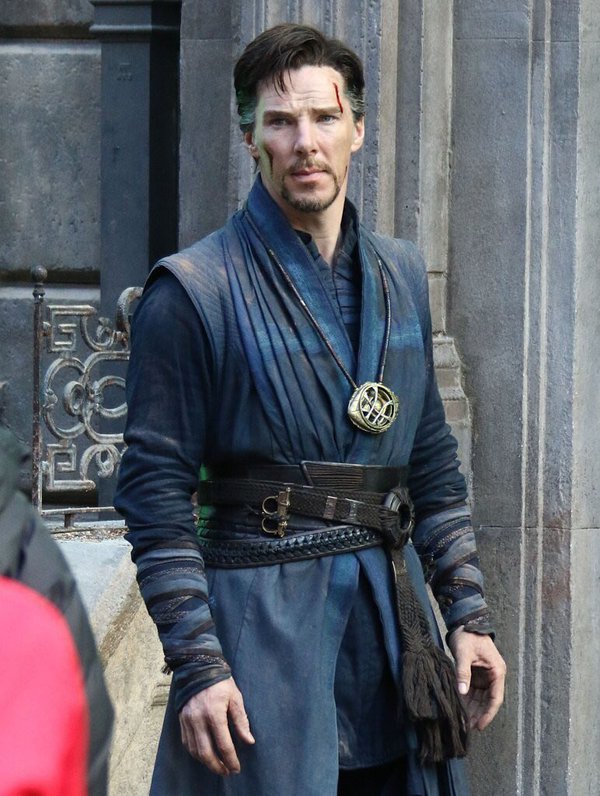 The Internet Reacts to New Images of Doctor Strange

While most of the hype surrounding Marvel Studios is on Captain America: Civil War, most fans have kept an eye on the production of the film debut of Doctor Strange, played by Benedict Cumberbatch.

New images on the set of the film were released, giving fans a closer look at what to expect this November.

Production of the film, which began at Pinewood studios near London, moved to the streets of New York City, confirming speculation that the parts of the story will take place in the Big Apple.

Doctor Strange, which also stars Chiwetel Ejiofor, Tilda Swinton and Rachel McAdams, tells the story of Stephen Strange, a neurosurgeon who encounters the world of magic and alternate dimensions in search of a cure for his injured hands.

Reactions to the images have been largely positive, with many fans of both Marvel and Cumberbatch describing the costume and look as incredible, epic, spectacular and amazing.

The Doctor Strange outfits look amazing, my life would be infinitely better if I could have an attire that only consisted of robes and belts

The film is directed by Scott Derrickson and opens in theatres on November 4 this year.

The Internet Reacts to New Images of Doctor Strange

Film in Preview: Pelé
To Top